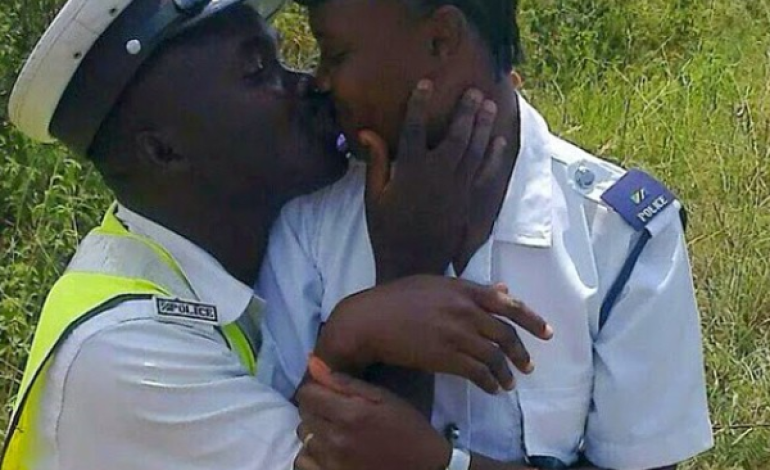 Three traffic police officers in Tanzania have been dismissed after their kissing photo which was posted on social media, went viral.

According to Zambia Post, the three individuals were fired on grounds of “gross misconduct in the course of duty.”

The two officers who were fired for kissing are Veronica Mdeme and Asumba Mwasumbi, while the third officer, Fadhiri Linga was fired for taking the picture of the kissing act with his phone and sharing it on social media.

Jose Mourinho's success is driven by fear of failure. Once Chelsea win the title, his mind will be straight on to the next trophy