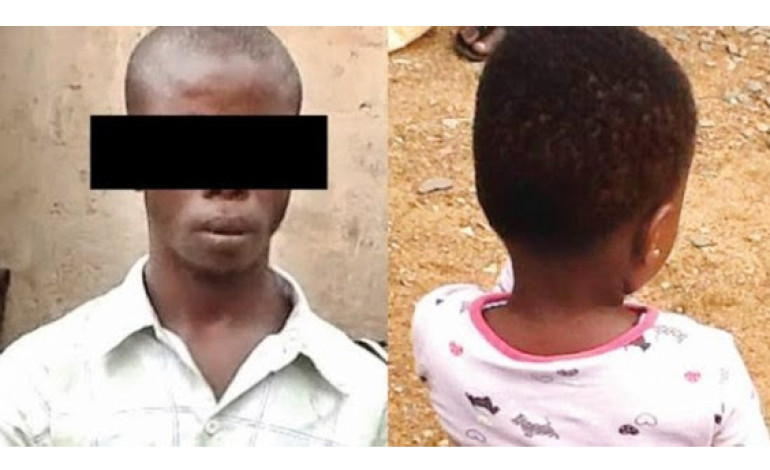 Sunnewsonline reports that a 30-year old man, Mr. Inya-Okoro from Afikpo North LGA of Ebonyi State has been arrested by police for defiling a 2-year-old girl named Favour. The suspect was alleged to have com­mitted the shameful act when the victim returned from school and was sleeping at the corridor of the house when the suspect, who also lives in the same compound allegedly pounced on her and committed the crime.The girl had been taken to hospital for medical examination and treat­ment.

In an interview with Crime Watch, Ama Inya-Okoro admitted to have committed the crime but blamed it on evil urge for sex. He explains:

“What happened was that I went to look for job as laborer on the fateful day but could not get any job and I returned home. As I was washing my cloth I saw the girl laying down sleeping wearing only pant, I rushed and carried her and have sex with her. It was ‘conji’ that caused it and I don’t have money to go for mature girls.”

PHOTOS: Introducing Skinny Video Vixen Keyshia Ka’oir....Is She Too Skinny in these Pics?