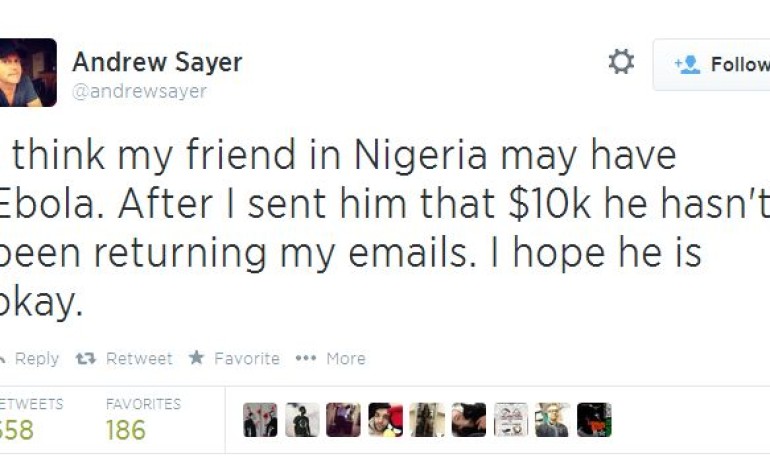 An Australian man Andrew Sayer who resides in Melbourne is in search of his friend, Oghenekohwo who lives in Port-Harcourt and is scared because he feels his friend may have contracted the deadly Ebola virus which has found it’s way to the country.

He took to Twitter to state that he gave this friend $10,000 and he is yet to reply his e-mails. Andrew plans to send more money to this friend in a few days.

While this man’s church mind thinks his friend is down with the virus, I also think he knows very well that he has been duped.

Dear Buhari, I wouldn’t like to hear you are impeached – Nigerian sends message to PMB

Nkiru Slyvanus – “Being A Second Wife Is Not A Crime”

Why My Marriage Collapsed within One Month ––Uche Ogbodo