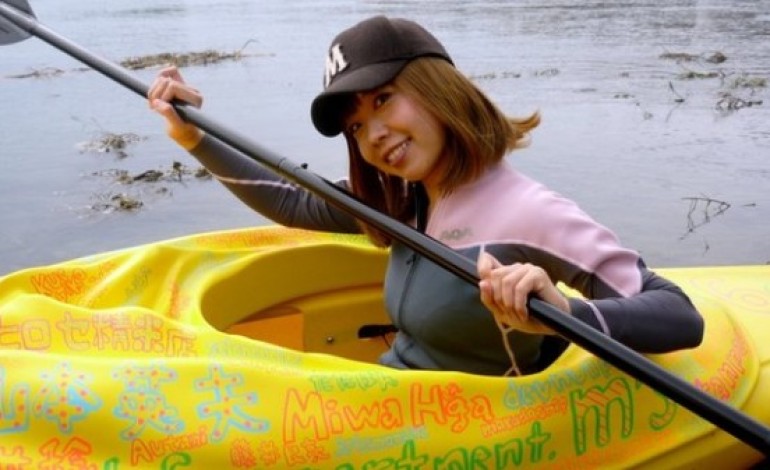 TOKYO (BBC/NAN) ─ The arrest on obscenity allegations of a woman who makes art based on her vagina has sparked debate in Japan.

Tokyo-based artist Megumi Igarashi, 42, was arrested on Saturday for sending data that could be used to create 3D models of her vagina.

She had sent it to people who had donated money for a project to make a vagina-shaped kayak using a 3D printer.

The arrest made headlines in national media and triggered discussion on Japan’s obscenity laws.

Igarashi also goes by the moniker Rokudenashiko, which means “no-good girl” in Japanese.

A police spokesman told AFP news agency she had distributed data that could “create an obscene shape”.

On her website, Igarashi says she has made several pieces of art based on her genitals using a silicone mould, saying she wants to make vaginas “more casual and pop”.

The vagina “has been such a taboo in Japanese society… (It) has been thought to be obscene”, while penises are regarded as “part of pop culture”, she said.

Rokudenashiko, or Megumi Igarashi, was not a household name in Japan but her arrest has certainly made her one.

Major media outlets reported on her arrest and social media platforms like Twitter have since been flooded with comments.

Opinion is split but one debate is about whether the scanned 3D data can be categorised as obscene unless the recipients have printed it out.

Others have questioned why the image of a vagina is seen as obscene when images of penises are not seen as causing offence.

There are, for example, annual festivals in Japan where a huge wooden phallus is carried from a shrine or visitors can enjoy sweets shaped like penises.

Local media are also being criticised for labelling Igarashi a “self-proclaimed” artist, with some suggesting that police and the media are trying to discredit her.

People on Twitter are contrasting their coverage with Western media, which has treated her as an artist.

According to Japan’s Asahi newspaper, Igarashi told police she rejected the charges.

“I cannot agree with the police’s decision to label the data as obscene,” she reportedly said. “To me, my vagina is like my arms and legs. It’s nothing obscene.”

Japan’s obscenity laws ban the depiction of genitalia, which are blurred in broadcast media and images.

Igarashi’s arrest comes a month after legislators voted to ban the possession of child pornography.

Japan was previously the only country in the 34-strong Organisation for Economic Co-operation and Development (OECD) without such a prohibition.

However the law does not apply to animation, known as anime, or comic art, known as manga.

Teenager caught having sex with a sheep in Enugu (photo)

10 Lies Most Men Tell Their Partners

5 Traits Of A Great Girlfriend

What A SHAME! See What a Lady Wore to Church Yesterday!