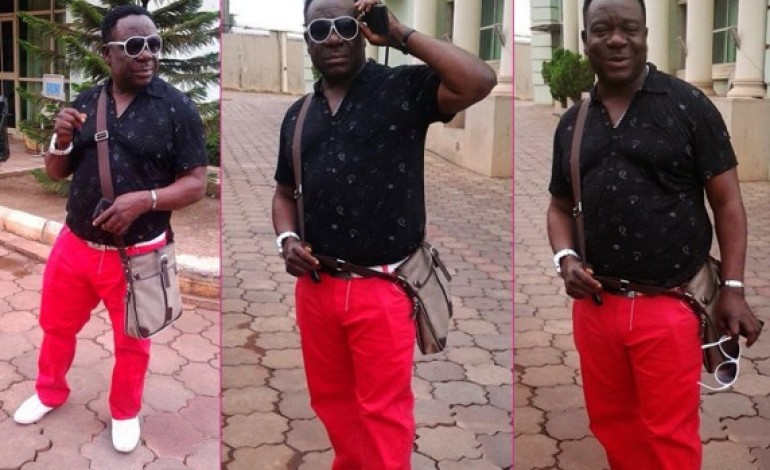 Star actor and comedian, John Okafor, popularly known as Mr. Ibu, in this chat with Vanguard, expresses his opinion about things happening in the Nollywood industry and other related issues.
What do you foresee for the Nollywood industry in 2016?
The picture I foresee for the Actors Guild of Nigeria,AGN,in 2016 is big. But,there is a clause. The clause there is that we should stop attacking each other. If we stop attacking each other by going to court and police every minute including washing our dirty leaning in the public, we will go far. AGN is one all over the world. Our own should not be an exception. Good administration has eluded us for so long now. We do not have people that can pilot the affairs of the AGN.
We are fighting every minute. How do we succeed in life in that kind of atmosphere? Now, I sent a proposal for Film Village to the Federal Government. Only God in Haven knows weather it has gotten to the designated point or not. The same thing was sent in to the government of Enugu State. We are conducting a poll to ascertain where will be most suitable for citing a Film Village. Enugu State scored 83%. It means that if ever we are going to have a film village, Enugu State is the most suitable nationwide. Second to Enugu is Lagos, with 53% then Owerri, Asaba, 38%,34% respectively. That is why if you watch most Nollywood films,t here locations are shot in Enugu.
So we have more advantage than any other place. We are looking forward to having that film village in Enugu. It is very important. Let government make us responsible rather than looking beggarly,going to government houses and so on. I promised myself that I will never be part of the people going to government houses seeking alms. Our people should stop piling themselves in government houses. When ex-President Goodluck Jonathan was in office, every minute they were there asking for all manner of favour. And the ex-President loved us so much that he gave them huge money. All those who diverted monies meant for AGN or Movie Makers will die because they do not know the souls they have killed. For 2016,if all these things are taken care of, AGN will do better. I am promising one thing, am not contesting anything on the AGN but, I have a lot of surprises.
Now that you said Enugu State ranks highest for citing of the Film Village, have you taken your proposal to the government?
A woman working with me has sent in the proposal. The federal or state government might not spend much because we will go ahead and get sponsors. They will come and build a five-star hotel with a big gate carrying a neon sign,AGN. All the things one may need from all accredited members of AGN will be there. We will be resident inside the village. People will come in,shoot pictures,shoot musicals among others. I have all these things inside. I equally have friend who are not Nigerians willing to come and invest.
What happened to the money,ex-President Jonathan allegedly gave to the AGN as loan?
Laughter…I did not see One Naira oohhhh! I do not know who processed and collected it. If the money was released,I do not know. If they did not release it,I do not know. The people who were supposed to give us information, talking about the leadership of AGN, did not tell us anything even the first $200 million,nothing was heard of it. What am looking for is hectares of land for the Film Village, then I will leave acting.
Read More

Video Review: ‘Collabo’ By PSquare Is Nothing Extraordinary

It looks like an ordinary church. But when you look closer… Fabulous

Ofilispeaks Reports – Africa Finds Its Own Cure For #Ebola