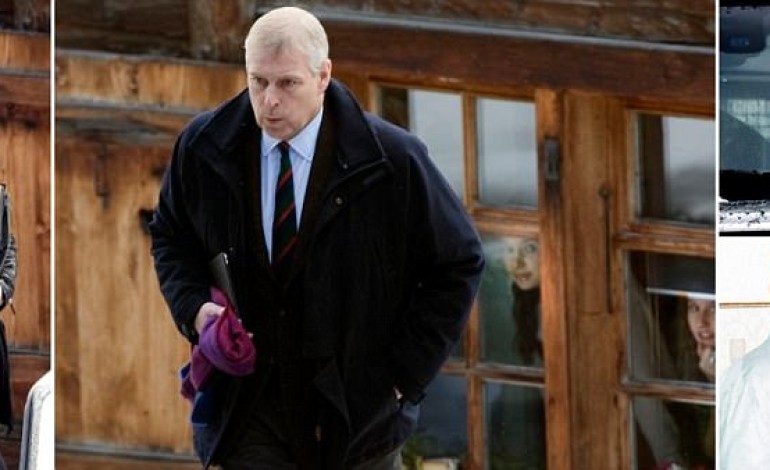 Prince Andrew is expected to hold crisis talks with the Queen today as he returned to Britain after a luxury holiday amid the growing furore over claims he had sex with an under-age girl.

The Duke of York last night appeared in public for the first time since he was accused of abusing the girl ‘procured’ for him by his close friend and convicted paedophile, Jeffrey Epstein.

The prince – who looked sombre as he left his luxury £22,000-a-week Swiss ski chalet yesterday – is today expected to meet with his most senior aides and lawyers in his mansion close to Windsor Castle.

It is also understood he will reassure his mother at the earliest possible opportunity that the claims he faces are false.

The extraordinary allegation was made by Virginia Roberts as part of a US civil case against shamed billionaire Epstein. She claims Prince Andrew had sex with her when she was 17 – a minor under US law – and employed as a ‘sex slave’ by Epstein. Retreat: The royal, above, did not leave the chalet for the last two days of his holiday after the scandal broke Returning home: His youngest daughter, Princess Eugenie, left, had been staying with him at the chalet

Last night her father said Prince Andrew should be prosecuted if the claims were true.

Sky Roberts, 58, also claimed his daughter Virginia had been introduced to the Queen while visiting London with billionaire financier Jeffrey Epstein.

The sexual allegations were robustly denied by Buckingham Palace in an unprecedented three public statements, which describe them as ‘false and without foundation’.

A spokesman also insisted about allegations about meeting the Queen last night: ‘There is nothing to suggest the claim is true. We have no record of such a meeting.’

But the scandal has showed no sign of abating.

4 Reasons Why NDC Will Not Win ’2016 Elections’, According to J.J. Rawlings

Photos: Alaafin of Oyo and his Oloris welcome well-wishers at their palace

Kemi Olunloyo Beaten To Stupor By Her Sister & Her Son