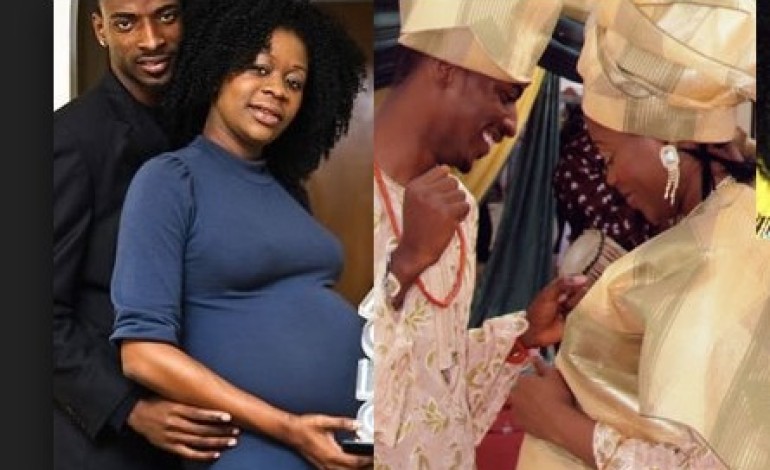 Popularly musician 9ice (real names Abolore Adegbola Adigun) has finally released a statement saying his former wife Toni Payne never cheated on him as has been insinuated in the media for a long time. He is saying this after 6 years of Toni Payne suffering the accusations of alleged infidelity.
Why is he doing this now? Read his statement below…

It has come to my attention that yesterday some people were up to some mischief harassing Toni Payne regarding an evil rumor that was spread years ago. I would like to use this opportunity to state categorically that the song Once Bitten Twice shy was not and can never be about Toni Payne.

I have NEVER accused her or told anybody that she cheated on me because she DID NOT. It did not happen and it was never an issue. Let me be very clear: Toni Payne NEVER cheated on me. Some marriages do not work for different reasons.

Unfortunately I released my album at a very delicate time in our relationship and a song from the album was taken the wrong way and things were blown out of proportion due to my silence.

I have apologized to her in person and she has accepted my apology. I have moved on to a fresh start and she has moved on too. I would appreciate if the general public do the same.

I would appreciate if people refrain from insulting her for something she is not guilty of.
Once again, the song Once Bitten Twice Shy was NEVER about TONI PAYNE. It was just a song. I wish I had come out sooner but I cannot change the past, I can only try and make amends for the future.

It is a new dawn for us all and I hope this closes the topic permanently. If it does not, maybe it is best I release a song clarifying this issue for the 100th time because what started all this was a song and all my effort to clear that air via interviews have been futile. I assure you, I will stop at nothing to make sure this evil rumor is put to sleep once and for all. Again It was never my intention to cause her pain. My apologies to everyone who was affected.

– The lady, Toni Payne, had written a post recently saying she has forgiven 9ice. I guess all is well now.
Read More

ISIS in Nigeria to Recruit Fighters: Not Good!

Alexandria Ocasio-Cortez Will Listen to Trump's SOTU, But No Handshake