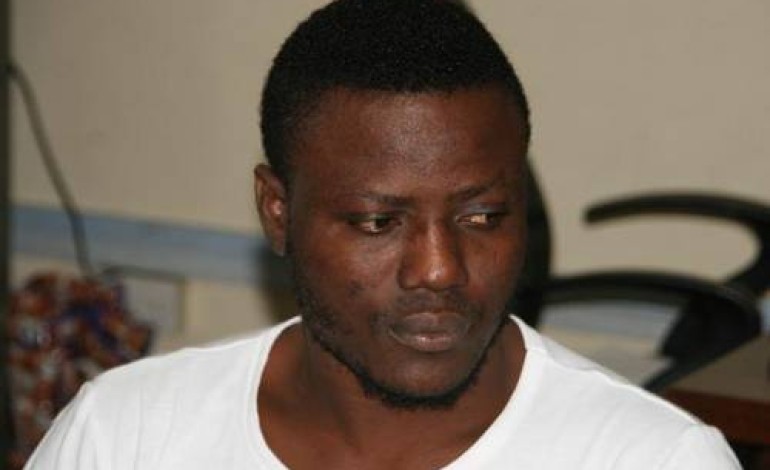 According to the FFCC (Economic and Financial Crimes Commission) Press Release, Adio allegedly met the victim on the ‘Net log’ dating site and pretended to be a 41-year-old American citizen, working as a chef in a Nigerian restaurant and needs a wife. The profile attracted the victim, Jeanet De Jonge, and, in no time, began sending him money through Western Union and Money Gram.

“She was sending me money monthly, ranging from $800 to $900 from June 2012, through Western Union Money transfer and Money Gram to the extent that Western Union blocked her from sending money to me in Nigeria.

“So she requested that I should go to London to enable her send me money there. I contacted a friend of mine in London called Osas Odiah, so that he can receive the money and send to me here in Nigeria.

“She first sent €2000 to my friend’s account in London, and later to my Keystone bank account, which was actually a Forex Trade account. We started using this account when we discovered that my friend was not remitting all the money sent by Jeanet to me,” the suspect revealed.

Investigations further revealed that the suspect collected the various sums under the pretext that he was going to use the money to perfect his travel plans and obtain the required documents that would enable him travel to Holland to join or visit Jeanet. But his inability or refusal to honour the invitation from Jeanet prompted the petition to EFCC.

The suspect will be arraigned in court as soon as investigation is concluded.