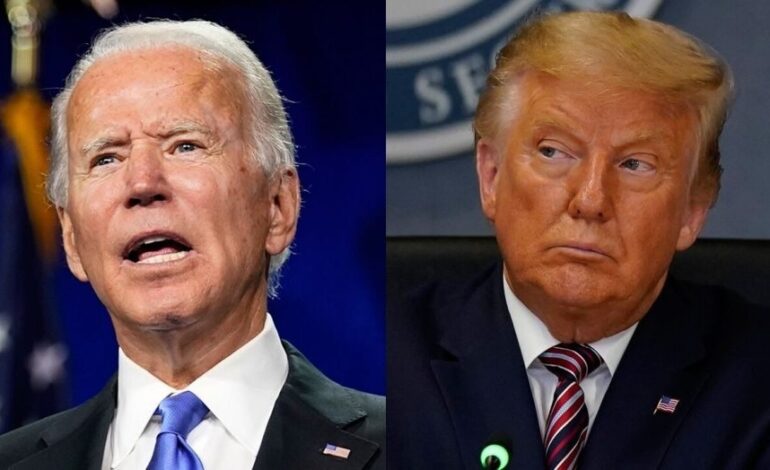 How the campaigns are preparing for presidential debate changes

He's long been known as "Amtrak Joe," from his Senate days of commuting by rail between the U.S. Capitol and his Delware home.

Now, some House Republicans are seeking data on Democratic presidential nominee Joe Biden's use of the train service during his campaign.

The members of the House Transportation and Infrastructure Committee wrote to Amtrak CEO William Flynn on Tuesday, questioning whether Biden's use of an Amtrak charter train to make campaign stops in Pennsylvania and Ohio redirected the train service's already strained resources.

"We are concerned that the Biden campaign’s use of Amtrak’s charter train redirected Amtrak’s scarce resources during a time of record losses, employee layoffs, and service cuts during the COVID-19 pandemic," said the letter, which was signed by Republican U.S. Reps. Rick Crawford of Arkansas; Scott Perry of Pennsylvania; Bob Gibbs of Ohio; and Lloyd Smucker of Pennsylvania. "Specifically, Amtrak has started cutting its workforce by roughly 2,000 employees." 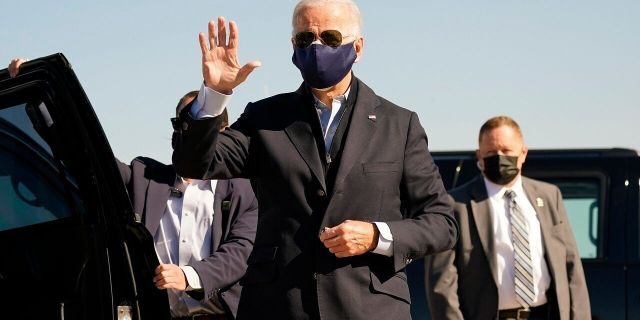 They wrote that his "apparent use" of the publically run service did not serve the best interests of Amtrak or the "American taxpayers at this time." They also asked whether the Biden campaign’s use of Amtrak caused delays of freight trains at a time "when supplies are crucial."

"Given that the Biden campaign declined to disclose what it paid to use Amtrak’s resources, we want to ensure that the campaign paid a full, non-discounted rate," the letter added.

The GOP lawmakers specifically requested information on the total amount paid to Amtrak for the Biden charter train, and how much it cost the railroad company to operate it. They asked that the information be provided to the subcommittee by no later than Nov. 2.

According to a September Federal Election Commission report, the Biden campaign reportedly paid $265,000 to the National Railroad Passenger Corporation, the entity that operates Amtrak.

The letter was sent the same day as Biden released a video on Twitter where he discussed his "love for trains," as well as, the Build Back Better Express Tour.

Biden’s three decades serving Delaware as a U.S. senator saw him take an Amtrak train each morning to the nation’s capital, and return each evening, to be with his family. His commuting earned him the nickname “Amtrak Joe.”

Some critics alleged the letter to Amtrak was in retaliation for President Trump taking heat for delivering a Republican National Convention speech from the White House lawn in August, which some claimed violated the Hatch Act that sets limits on political activity.

House Oversight Committee Ranking member Rep. James Comer, R-Ky., said that wasn't the case and that president was legally allowed to give the speech.

“Truth be told, Democrats should be comforted knowing that the president can deliver his acceptance speech from home since they are so concerned about him traveling for events these days,” Comer said.

In response to the letter, Matt Hill, deputy national press secretary for the Biden campaign, told Philadelphia Inquirer reporter Julia Terruso: "Anyone can charter a train with Amtrak. Last time we checked, no one can charter the White House South Lawn for a political convention."

Ladies & Guys Issue: How To Keep A Woman In Your Bed

IS THIS TRUE? Coach of 17 Year Old Chika Amalaha claims She Tested Positive to Drugs because of Zobo Drink

5 Reasons Your Vaginal Is Going Dry

New Idea! African King who Governs his Kingdom via Skype from Germany

Fine Boy! Check Out Pic of Actor John Dumelo as a young boy