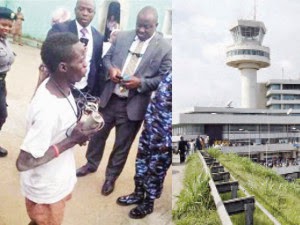 I pray these guys don’t bring their madness to Lagos and government should end it even in the North East:
A suspected Boko Haram bomber was arrested on Monday while trying to detonate what was perceived as an explosive device at the Centrex Unit of the Nigerian Airspace Management Agency (NAMA) at the Murtala Muhammed International Airport in Lagos.

Sources say the suspect was able to gain access into the NAMA facility because he was physically challenged. But he was apprehended by security officials of the airspace agency who had witnessed his unusual movement as he was trying to press an object which they suspected could be an explosive.

The airport police command was promptly alerted and the suspect handed over to the police, who took him to Beesam Police Station, Airport Command, where he was interrogated. 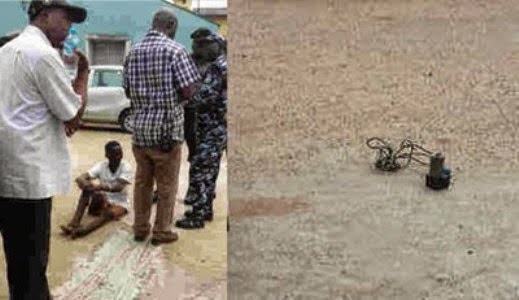 Efforts by Leadership to get a confirmation from the Beesam Police Station did not yield result as policemen on duty refused to talk to journalists who besieged the office. The commissioner of police, Airport Command, Mr Waheed Salahu, said that it would be premature to talk with the media on the issue.

But a source close to the command confirmed the story.

The source who could not talk to the media on the issue said that the suspect was arrested around noon and had been taken to the station. He confirmed that explosives were on the suspect at the time of his arrest.
News

OMG! Man Rapes Pregnant Woman And Forces Her To Brxeastfeed Him

FULL List of Nigerian Politicians Who Have Properties in Dubai