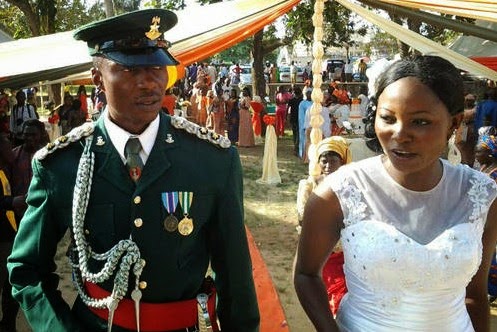 A group of heartless Boko Haram fighters have killed Captain Benjamin Sule, a Nigerian army officer who just wedded eight months ago. A close military friend of late Captain Sule told SaharaReporters that Boko Haram gunmen killed the young, newly wed officer in an attack on a military contingent over the weekend.

“Captain Sule was killed in a battle launched by Boko Haram fighters against our troops between Saturday and Sunday,” said his military friend who is based in the Ikom Barracks in Cross River State. The officer, who provided wedding photos of Captain Sule, added that he and other friends of the deceased officer “received the news with utmost shock. He was killed between Saturday and Sunday, but we only got the information today [Monday].”

He said he and Captain Sule had been friends since their days in secondary school. The source said the Nigerian Army later posted Captain Sule to Cross River State. “It was from here that he went on a military duty to the Borno area.”

The source said that he last spoke with Captain Sule a week ago. “We talked over the phone and he told me that he was fine, but said we should continue praying for him.” 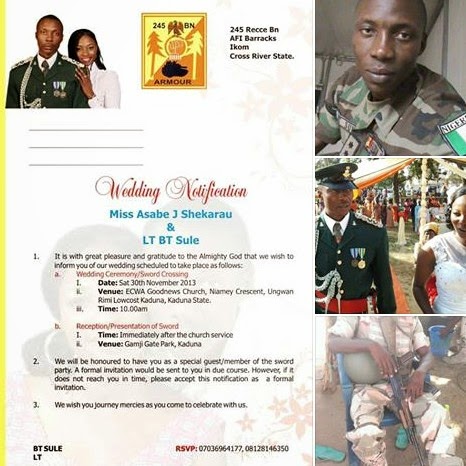 The officer said he was distraught that the captain’s death has made a widow out of the young wife Captain Sule married in November 2013.

The source said Captain Sule’s wife and family are aware of his death, even though the Defense Headquarters was yet to officially announce his death at the time of this report.

Photos: Blue Ivy is really a spitting image of her father