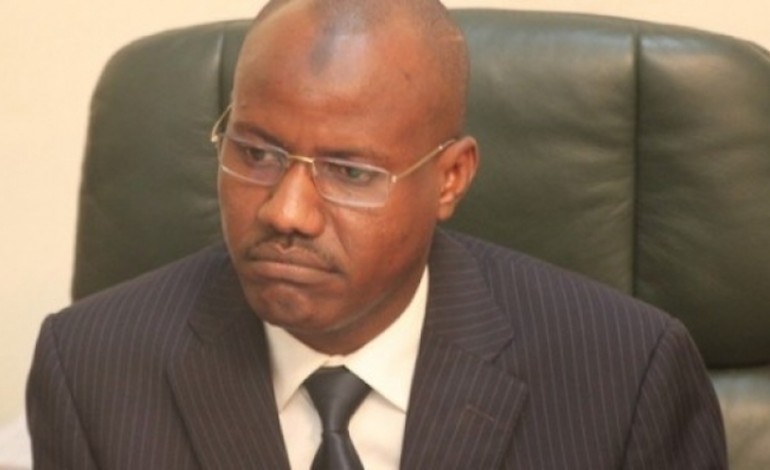 Authorities in Chad have arrested Bana Fanaye also known as Mahamat Moustapha, who is said to be the mastermind of Boko Haram operations in Chad and northern Cameroon.

According to Osun Defender, Fanaye was arrested on Friday afternoon. Recovered from his residence were assault weapons, and phone SIM cards for various countries, including Nigeria, Cameroon, Chad and Niger.

Reports from the media quotes Chadian officials as saying that Fanaye is in charge of recruiting Boko Haram terrorists, arms purchases and planning of terrorism targets and operations in Chad and northern Cameroon.

Chadinfos.com reports that weapons of different kinds and assorted communication gadgets were found in his house, including more than 50 SIM cards from different countries in the sub region,

It was gathered his arrest that helped security forces locate other Boko Haram members housed in an area called Diguel Diguessou in the 8th district.

According to Chadinfo.com, the attack that lead to his arrest was a very bloody offensive that left many dead.

A senior military source with the Central African nation’s special forces in Maroua, told Reuters, that the men were caught on Thursday, July 30, at the entrance of the city following a tip-off.

Another senior local government administrator said by telephone from Maroua that: “The suspect who was carrying the bag with the explosives is a Nigerian. The other two are Cameroonians, according to their identity card.”

He said the young men, aged about 20, were suspected Boko Haram militants who were planning another attack.

It is reported that Cameroon security officials also carried out a raid on Thursday, July 30, in Kousseri, some 220 km north of Maroua, where some 2,000 Nigerians who were living in Cameroon without permits were loaded in trucks and taken across the border.

According to a local administrator, the raid was part of measures aimed at improving security and controlling movements along the border region.

Meanwhile, the leaders of both countries have pledged to work together to crush the six-year insurgency which has killed thousands, spread to neighboring countries and threatens the stability of the Lake Chad region.

This agreement was reached on Thursday, July 30, following a summit in Yaounde.

Boko Haram is fighting to establish an emirate in northeast Nigeria. The sect which calls itself the Islamic State’s West Africa Province (ISWAP), have been said to have become more offensive since pledging allegiance to the militant group that controls large areas of Syria and Iraq.

Breaking: Dalung declares a “state of emergency in Nigerian sports

Militants strike again in Lagos; read what they did to 3 landlords in estate

Battle of the cleavage; NeNe Leakes vs Caitlyn Jenner

Graphic video: MMA fighter gets kicked in the head, his eyes pop out and roll on the floor