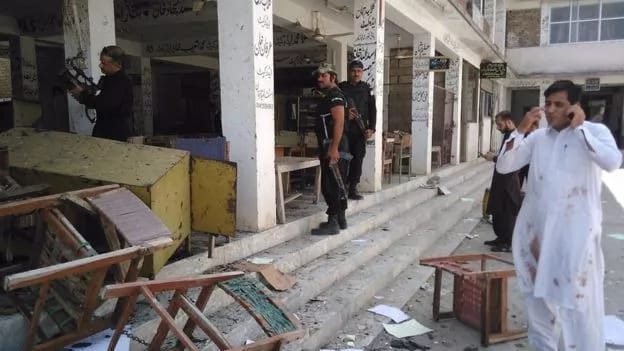 A bomb has reportedly gone off in a courtroom located in Mardan, a northern Pakistani city.

According to BBC, a suicide bomber attacked the court in Mardan, killing about 12 people and injuring more than 50.

Officials say the attacker threw a hand grenade before running into the court area and detonating a bomb.

Also on Friday, four suicide bombers targeted a Christian neighbourhood near Peshawar before being shot dead.

Both attacks took place in Khyber Pakhtunkhwa province, and were claimed by Taliban faction Jamaat-ul-Ahrar.

Militants have targeted lawyers in the past, including a bomb attack in Quetta last month that killed 18 lawyers.

That attack was also claimed by Jamaat-ul-Ahrar.

Ijaz Khan, deputy inspector general of police for Mardan district, told reporters three lawyers and two police officers were among the dead at the courthouse.

The suicide bomber attempted to reach the court’s bar room, where several lawyers had congregated – but was shot by police before he could enter, Mr Khan said.

The president of the Mardan Bar Association, Amir Hussain, told reporters he was in a neighbouring room when the blast happened.

“There was dust everywhere, and people were crying [out] loud with pain,” he said. 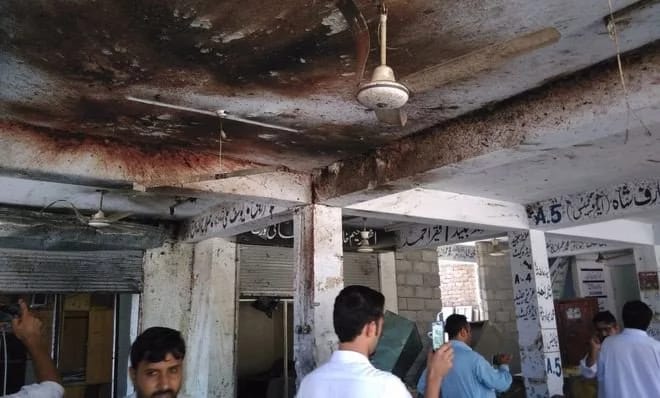 Lawyers have come under attack because they are “an important part of democracy, and these terrorists are opposed to democracy”, he added in quotes carried by the AFP agency.

No group has yet claimed responsibility for the attack, which comes three weeks after a massive suicide blast killed scores of lawyers in the southwestern Pakistani city of Quetta, in Balochistan.

Friday’s blast came as security forces fended off four suicide bombers who were trying to attack a Christian colony in the Khyber Pakhtunkhwa provincial capital of Peshawar, 60 kilometres (37 miles) to the west of Mardan.

Soldiers backed by army helicopters exchanged gunfire with militants in suicide vests who had tried to attack the colony near Warsak Dam, just north of Peshawar, the army said.

All four attackers were killed along with a guard at the entrance to the colony, the statement said, adding that the situation is “under control”.

Jamaat-ul-Ahrar (JuA), a faction of the Pakistani Taliban, claimed responsibility for the attempt. 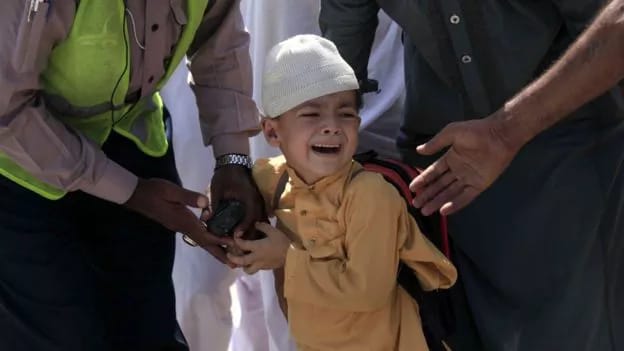 The group has also said it was behind the attack on lawyers in Quetta, which killed 73 people on August 8, as well as the Lahore Easter bombing which killed 75 people in Pakistan’s deadliest attack this year.

Discrimination and violence against religious minorities is commonplace in Pakistan, where Muslims account for more than 90 percent of the population, while the legal community are also frequently the subjects of targeted killings and attacks.

The Pakistani Taliban in particular routinely target minority groups and soft targets such as courts and schools.

The army launched an operation in June 2014 in a bid to wipe out militant bases in the tribal areas and so bring an end to the bloody insurgency that has cost thousands of civilian lives since 2004.

Pakistani Prime Minister Nawaz Sharif condemned Friday’s attacks, adding that militants were on the back foot and were “showing (their) frustration by attacking soft targets”.

“They shall not get space to hide in Pakistan,” he added.

Toyin Saraki: I went to EFCC with her as a private investigator - Dino Melaye

Hmm Bad! Actress Tonto Dikeh has been Dumped by her Rich Boyfriend?

YOU WILL BE SHOCKED: SEE What Davido Said Will Happen If He And Wizkid Ever Meet Again