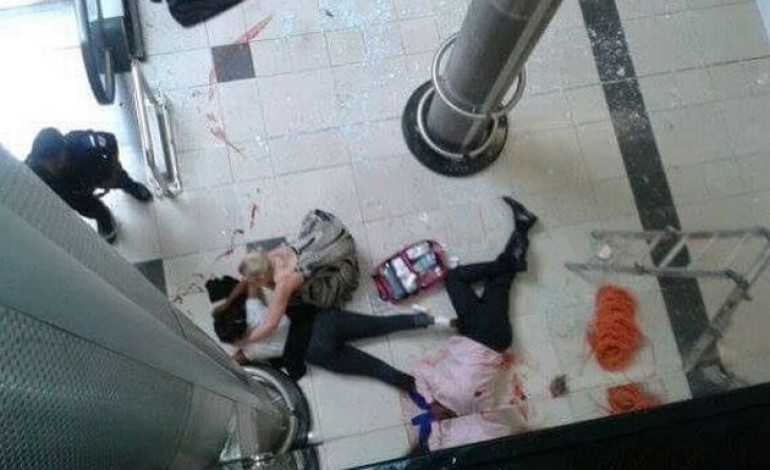 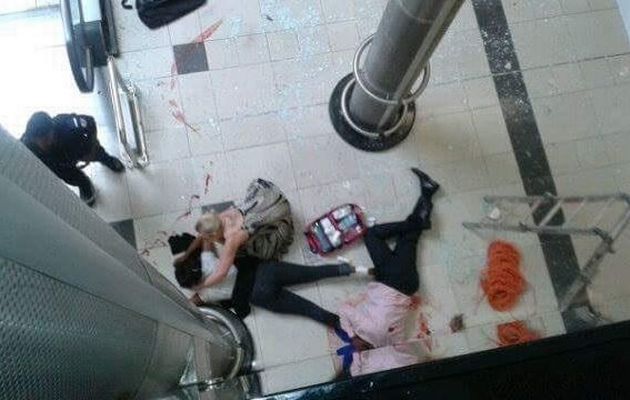 Seven people, including two alleged robbers, were injured in a shoot-out at a shopping centre in Bedfordview, east of Johannesburg, on Thursday, Gauteng police said.

“Three customers, two security guards and two suspects were injured during the shooting. All have been taken to hospital,” said spokeswoman Lt Col Katlego Mogale.

Security guards were collecting cash inside the centre when they were confronted by a group of armed men, she said.

“A shooting ensued between them, with some customers caught in the crossfire. An undisclosed mount of money was taken by some of the suspects.”

More people have tweeted with images showing the aftermath of the shooting.

Dawn in suburbia: Up to 200 migrants join queue for work... outside a north-west London bar called the Honeypot

Girl Went to Visit her ex-Boyfriend in Lagos, He Gang-Rapéd her