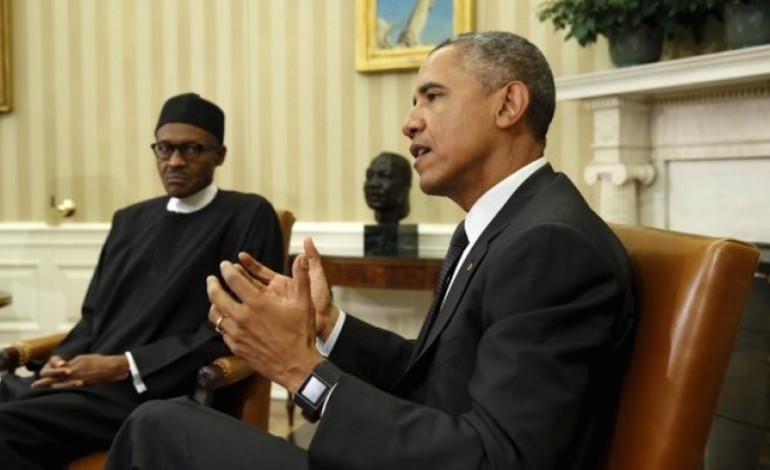 A sensational announcement was made during the visit of the US congressmen to President Muhammadu Buhari on Monday, August 3.

The American side is likely to lift the arms Embargo on Nigeria in the nearest future, The Punch reports with reference to the claims of the US official.

Darrell Issa, who led the Committee, disclosed the information after the audience with the Nigerian leader and the country service chiefs in the presidential villa.

As Nigeria has been recently taking to professionalise the military system in the country, the US has commenced the process of lifting the restrictions of the widely discussed Leahy Law, Issa announced.

Recall that in the course of his official visit to the US, President Muhammadu Buhari lamented over the implementation of the said law, under which Nigeria is denied weapons based on unsubstantiated allegations of human rights abuses in the military.

He was quoted as saying:

“Unwittingly, and I dare say, unintentionally, the application of the Leahy Law amendment by the US government has aided and abetted the Boko Haram terrorist group in the prosecution of its extremist ideology and hate, the indiscriminate killings and maiming of civilians, in raping of women and girls, and in their other heinous crimes.”

Today, however, strong indications have emerged that the situation with the arms provision to Nigeria might change soon.

Issa told journalists after the audience with Buhari: Embargo

“There are a number of things that we discussed today. Basically, there was the need for additional technical support, including overhead surveillance. This is important for Boko Haram but it is also important to stop the theft of this country’s oil by pirates and others.

“The fact is that this new regime with the new general staff have begun the process of ensuring that military professionalism in all post-civilians and combats has been made in a way that we can both be confident that the rule of law is being obeyed.

“So the process has begun to lift the restriction of the Leahy. But let’s understand that the vast majority of support that US provides and would provide would be provided regardless of those. Our technical support, our training and most of the equipment we supply have never stopped and will continue.

“But we are looking forward to the President, with the new General Staff, to work to make sure the people of Nigeria can have the confidence in the professionalism of the military, something the people rely on when the military is trying to clear insurgents and protect civilians.”

The negotiations come amid intensified Boko Haram attacks in the northeast of Nigeria. The dreaded sect has released another video showing the decapitation of a Nigerian police officer and containing more threats to the present government.

During the Monday meeting the officials of two countries also discussed the steps taken by Buhari’s administration to deal with corruption issues. The president said that his government had been identifying the banks and countries where the stolen funds had been lodged.

Divorce what? 13 GIFs to prove that Beyonce & Jay Z are still inlove

'Dead' woman heard screaming from inside coffin after being buried alive