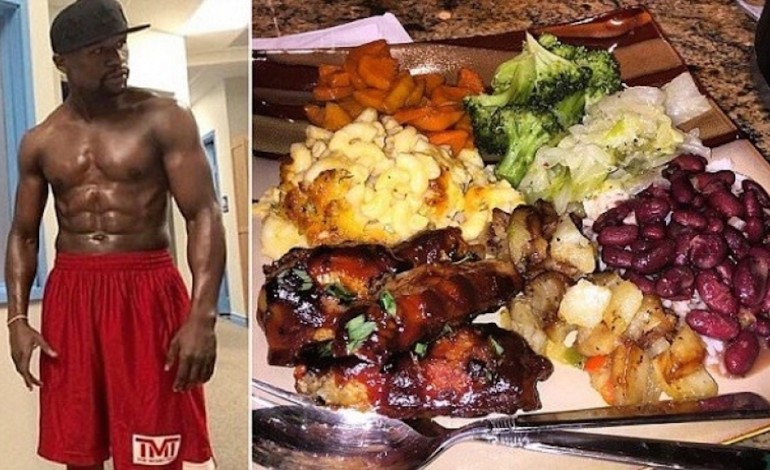 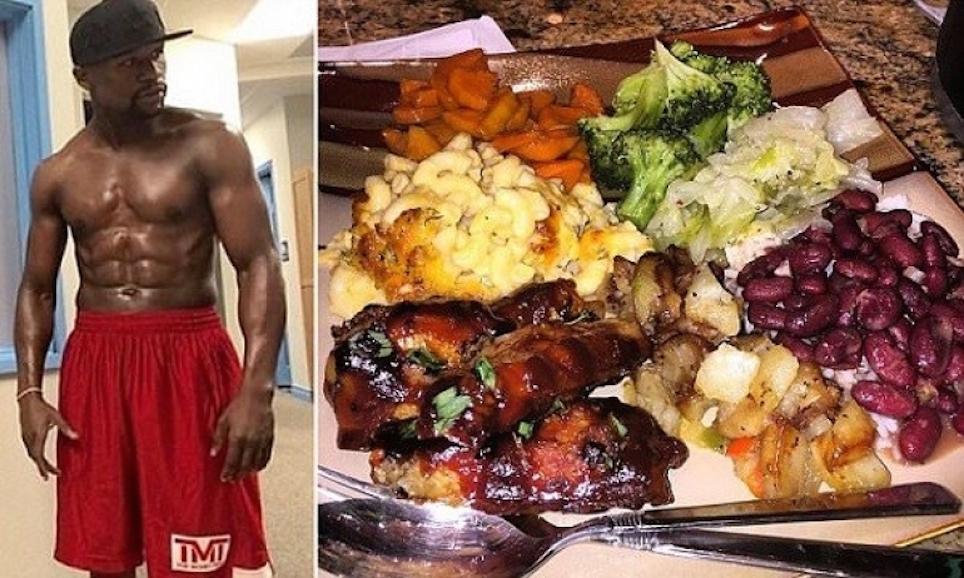 It has been revealed that since the announcement of Floyd Mayweather‘s mega fight with Manny Pacquaio, an American professional Chef, Chef Q has been cooking for the extravagant boxer, at the rate of $1k per plate.

According to reports, BBQ chicken, cajun tilapia, potatoes, candy yams, red beans, rice, braised cabbage and grilled broccoli are part of the delicacy on his menu, and its obviously what the boxer has been feeding on, as he prepares for his bout.

Floyd Mayweather will face Manny Pacquaio at the MGM Grand, Las Vegas on Saturday, May 2, 2015.

One of The Most Successful African Women: Forbes Interviews Mo Abudu