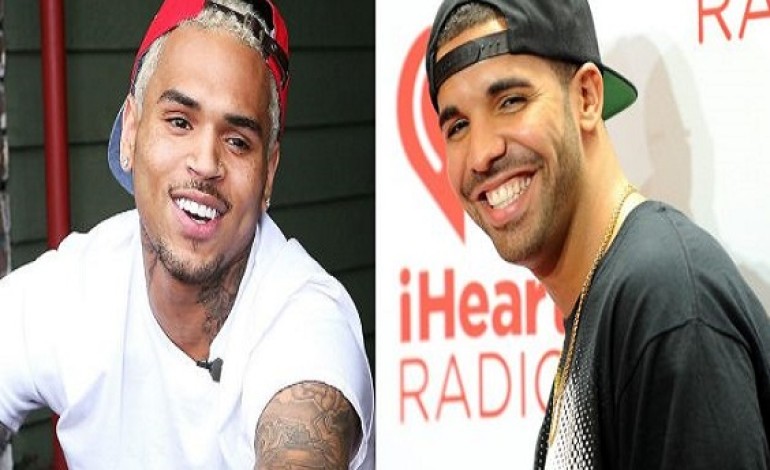 “You can’t walk around holding grudges,” Chris Brown said, of ending the Drake beef after his most recent release from jail. At this time two years ago, Drizzy and Breezy were at odds, reportedly over Rihanna, yet just when it looked like they might never be friends, they surprised everybody and buried the hatchet.

Brown spoke with MTV News this week about appearing with Drake on the ESPYs and why he chose to poke fun at their rivalry. “After getting out of jail, going through whatever I was going through, I just didn’t have any animosity towards anybody,” he said.

“I was just focused on me and what I was doing. I felt like it was a great opportunity being that the ESPYs is such a prestigious award show, I just wanted to be able to bring light to the situation and just grow up.”

At 25, the “New Flame” singer is officially “tired of being looked at as the aggressor,” and working with Drake provided an opportunity for him to showcase a new disposition. “For me I just wanted to show my maturity,” Brown noted before explaining how he and Drake managed to kill the drama without mentioning Rih Rih’s name.

Prior to the ESPYs collaboration, the singer and rapper were photographed in a studio together. The outcome of their session won’t make it to Brown’s X album because the project was already done, but that doesn’t mean the world won’t ever hear a song from them. “I know it’d be a big thing for the fans to hear a song, but it gotta be the right song, for both of us.

Tell us where to find Jihadi John: British 'poster boy' for terror recruitment faked his own death to sneak back from Syria. Now security chiefs think he could lead them to ISIS 'executioner'