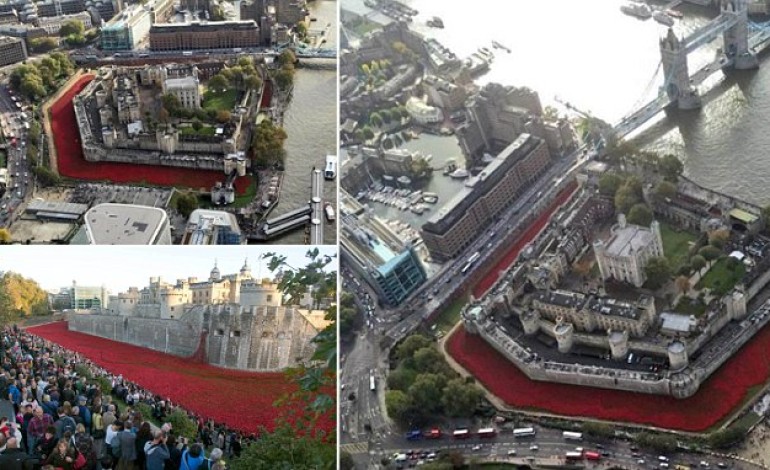 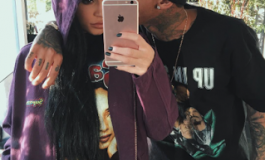 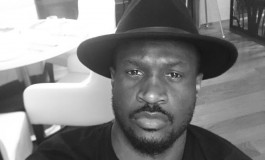 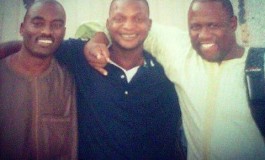 Up to four million people have already visited the Tower of London to witness the incredible sea of ceramic poppies which pay tribute to those who died fighting in the First World War.

With almost all of the 888,246 poppies now in place, the landscape of London has been dramatically transformed by the emotionally-charged Blood Swept Lands and Seas of Red installation.

In a fortnight’s time, the magnificent tribute to the Commonwealth soldiers will be complete – each poppy a painful reminder of the monumental loss of human life suffered in the conflict.

Today, with the half-term holiday in full swing, the crowds continued to flock to the landmark – as they have done for many weeks – in awe of the creation, which is the brainchild of artist Paul Cummins and which is predicted to raise around £11.2million for charity.

Scroll down for videos Magnificent: Millions of people have visited the Blood Swept Lands and Seas of Red installation at the Tower of London since July Moving: Thousands of people have gathered at the moat surrounding the Tower of London to see the spectacular blanket of scarlet Monumental: When the last ceramic poppy is planted on November 11 there will be a staggering total of 888,246 in the installation Incredible: The emotionally-charged tribute has dramatically changed London’s landscape and the scarlet moat can be seen for miles The view from above: An aerial view in both day and night shows the amazing memorial which has attracted millions of visitors Packed: Visitor numbers to the Tower have vastly increased since work on the memorial began in July. Pictured: The large crowds today Loads of Nollywood stars turn out for Omo

Are These Two Dating? Actress Juliet Ibrahim and US singer, Bobby Valentino