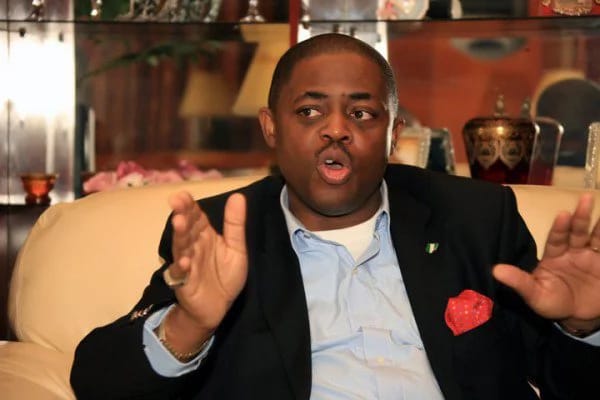 Femi Fani-Kayode has lashed back at the former aide to Goodluck Jonathan, Reno Omokri for defending Hausa people.

Omokri had disagreed with Fani-Kayode over Mark Zuckerberg’s comment that Hausa is a unique language.

Omokri had argued that Zuckerberg was right and he also described Hausa people as some of the most decent persons he had encountered.

In response, Fani-Kayode lashed out at the former Jonathan aide and described him as dumb for supporting Hausa people.

Fani-Kayode who has written several articles in the past criticising northerners also called Reno Omikri a coward for living in the US when his fellow Niger Delta were suffering in Nigeria.

READ ALSO: Mr. Chinakwe’s dog, the sons of Lucifer and the seed of Al Shaitan

Read the full statement below:

Reno Omokri, now I am beginning to get a little irritated by you. Is there anywhere that I condemned you, Zuckerberg or Facebook for having your/their views?

If so point it out. Perhaps you dont know the meaning of the word “condemned” yet you seem so eager to use it.

If I wanted to condemn you, him or anyone else I would do so loudly, openly, clearly and gladly but I havn’t done that: I simply disagreed with you and I was very civil about it which I really didnt have to be because you didnt deserve it.

In any case are you the spokesman of Mark Zuckerberg and Facebook now or indeed that of the hausa people?

Is that your new job since you stopped working under my friend and brother Reuben Abati at the Villa and managing social media for the Jonathan administration?

Can those u want to defend now not explain and defend themselves adequately?

And if you are their defender-in-chief when were you appointed? Honestly Reno my dear aburo you need to have your little bottom spanked for being so cheeky and naughty.

I have known the north and interacted with northerners far more than you and for far longer so I dont need lessons from u about who or what they are, either for good or bad.

And neither do I need to say only things that are politically correct about them.or anyone else because unlike u I have paid my dues politically over a period of 27 years. I know who I am and I dont need to please anyone with what I say.

I say it as it is and I have no apology to u or anyone else for that. If others did the same we would not be in the mess we are in in this country today. 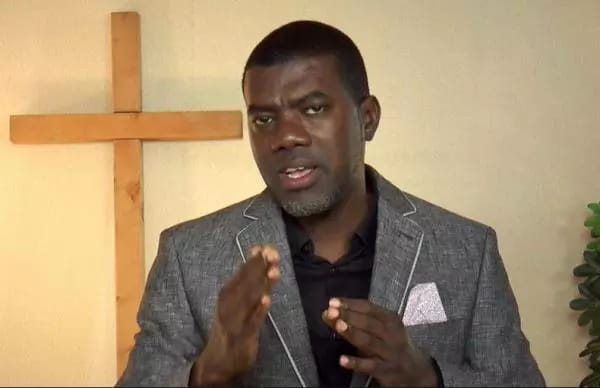 You dare to lecture me about northerners and I wonder how many you have ever fought for or defended in the past?

I also wonder how many you have stood up against when they crossed the line? I have done both over a period of 27 years and it cost me dearly but I have never shied away from it, whichever way, and I will continue to do so.

Our mutual friend Nasir El Rufai warned me about you but I never listened to him. Now u have proved him right and all because you want to please your foreign and new-found northern friends.

Sadly your sentiment of appeasement at all costs is shared by many naive souls who come from the same village as you but please dont infect the rest of the south with it .

That shameless sentiment has brought much suffering to us and it is one of the reasons why we made the wrong choice about which side to fight on during our civil war.

That mistake will never be made again no matter how hard appeasers like you try. The more our people are killed and our churches are burnt in the noth the more we will protest and speak out. And the more we will resist it and warn northerners to stop it.

You are spouting the sort of drivel that you are spouting here about how wonderful the north is even though thousands of southerners, Middle Belters and Christians are slaughtered at the drop of a hat in the north for no just cause on a daily basis.

Maybe u should come home and see what is really going on here rather than writing those great anti-government articles from the relative safety of California.

If you muster the courage to do that you will soon discover that political correctness is a very expensive luxury which we simply cannot afford.

We are right here and we have refused to run away from the evil in the land even when we had every opportunity to do so.

Pl endeavour to do the same then perhaps I may take you more seriously. Hundreds of your fellow Niger Deltans and southerners are languishing in jails all over the country today simply because they supported a southern Christian called Jonathan during the election yet have u even cared to visit any of them?

Have u even reached out to their families or tried to bail them out? The answer is no because I have asked. Yet you were in the last government. It is a shame. Then you have the nerve to talk about “southerners” making a mistake about northerners in a disparaging and condescending way. What a nerve you have got!

Ur sarcastic assertion about BBC and the other int. radio stations being “naive as well” is nothing less than asinine.

The truth is that u are the naive one.You alone and not them. If u really belueve the garbage that u wrote here then you are not just naive but dangerously naive and far dumber than I first thought.

I say this becausae tbey know exactly what they are doing and if only you knew your history and that of the African people and what we have suffered in the hands of the west over the last 100 years you would appreciate that.

It is the naivity of people like u that has put us in the mess we are in today and well under the yoke of the new hausa fulani colonial masters. I urge you to continue to attempt to appease those that see u as nothing more than a monkey and see how far it gets u.

As for Zuckerberg he can do what he pleases with his Facebook and like I said he is entitled to his views. I have no problem with that and neither should I.

It is only in your strange Warri vocabulary that disagreeing with someone or not sharing his opinion is tantamount to “condemning” him.

I am sure that he is v happy with u for attempting to defend him here but surely u could have done a far better job than you did.

Keep writing critical essays against the government from California or wherever u are because it is far easier for u to do so.

Those of us that are here and are not just political commentators but in the real fray of politics will continue this fight right here in the theater if war: and unlike others we wont run and hide in Mark Zuckerbergs state and country.

My regards to your family.

Remember the little boy pictured wearing a plastic bag with 'Leo Messi 10' written on it? He's been found!

Unbelievable! More Nigerian pilgrims dupe each other in Saudi Arabia