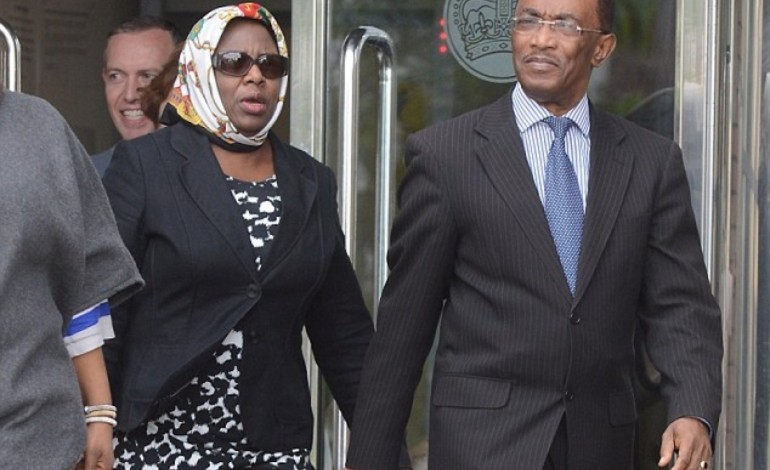 Emmanuel and Antan Edet “owned and used” a Nigerian man as a slave for 24 years.

The couple controlled every aspect of Ofonime Sunday Inuk’s life in London “down to his very name” as they confiscated his passport, the BBC reports.

This tragic story started in 1989 when Inuk, then aged about 14, left Nigeria with the couple after a friend introduced them. The boy had been promised he would be paid for his work for them and would receive an education. Instead, he was forced to do household duties and provide childcare.

In a police interview, Inuk confessed that he was scared of the couple after realising they would not pay him or send him to school. He added that he was known as a ‘house boy’, Daily Mail reports.

“I could only take the children to the park, that was the only time I could take them out.”

“My role is to stay in the house … I always do everything in the house, sir … clean, cook, wash car, the gardening, ironing … or maybe like a slave. That’s called slavery.”

According to the man, the couple warned him that if he tried to run away he would be arrested as an illegal immigrant.

During the trial, prosecutor Roger Smart told court the couple had “deprived the complainant of his identity, his rights to education and freedom of movement and the money he should have received”.

“The victim has described as having spent 24 years of his life and having nothing to show for it – his mother has died, he has no means of returning to Nigeria.

“He was entirely dependent on them and they deprived him of his adolescence, his education and his family life. They have treated him beneath contempt,” Smart said.

The couple even changed Inuk’s name so he had the same surname as them. Smart stressed that it was not the young man’s “choice nor his desire” but allowed Edet to “move him not only domestically but internationally at their convenience and whim”.

Edet, 60, was a trained obstetrician and gynaecologist and his wife Antan, 58, was a senior sister at a hospital. Each has pleaded not guilty to holding a person in slavery and assisting unlawful immigration. They have also denied cruelty to a person under the age of 16.

The trial continues, the court has not reached a verdict yet.

“If A Marriage Fails, It Is The Man. Not The Woman”- Zeb Ejiro

Against The Grain: Always Angry August Alsina Gets Into It With North Carolina Club Promoter [VIDEO]