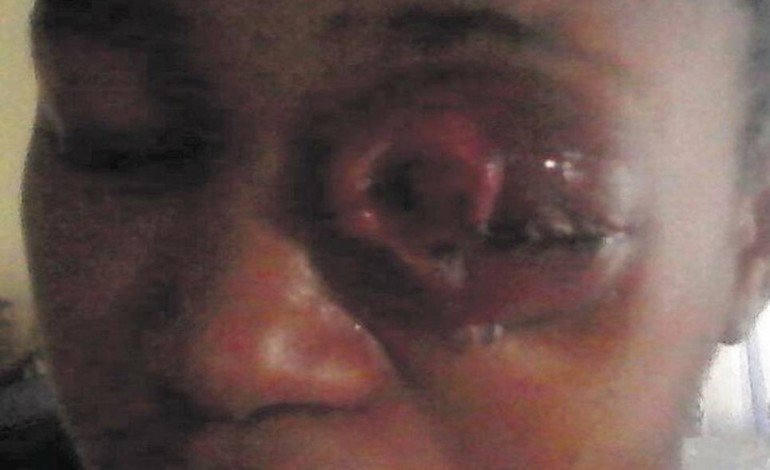 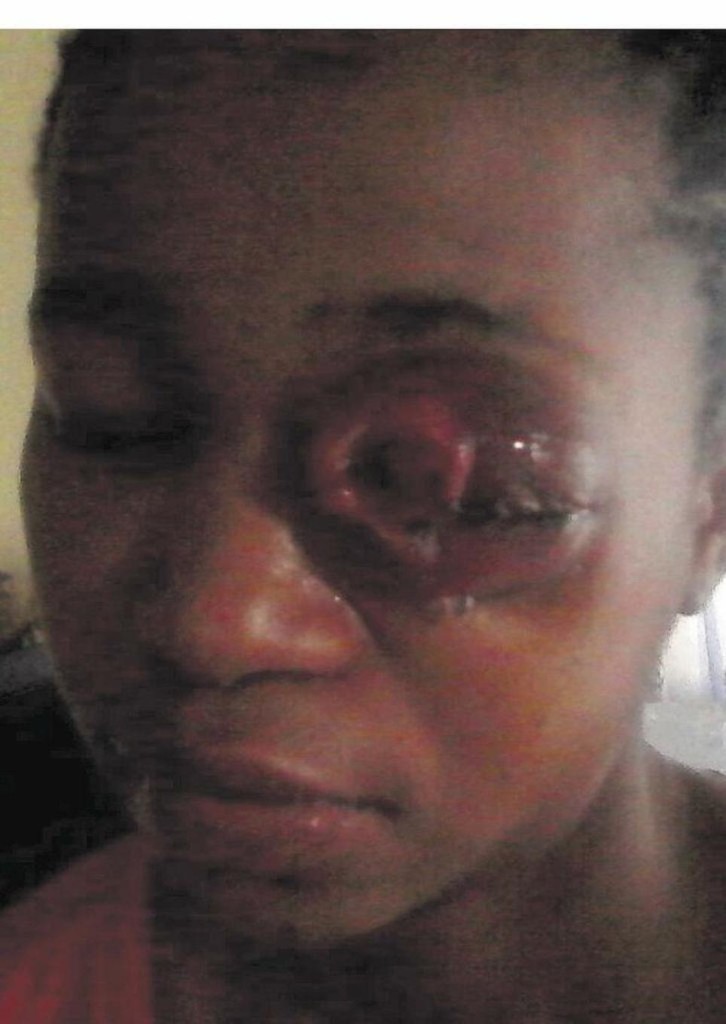 Winnie Mashiane is suffering from a painful lump.

SHE was beautiful when they met three years ago.

And people believe it’s all because she had fallen in love with another woman’s boyfriend!

Winnie Mashiane (23) from Marble Hall in Limpopo developed a lump on her left eye a year after her boyfriend, Peter Kgaphola (22), had separated from his bitter ex.

Peter told Daily Sun that he feels that he’s the cause of Winnie’s pain as he believes that his first girlfriend cursed his new lover.

Peter said: “I regret being involved with my ex-girlfriend because I wasn’t serious about her. But look how ugly my new baby mama has become.”

He said when he separated from his former girlfriend she cursed him so that he’d never have peace with any other woman.

Peter, a law student, said: “We’ve been to hospitals and different doctors but they were unable to cure the lump.

“Then we visited prophets, sangomas and churches. We’ve been told that my ex-girlfriend is the one who did this to my lover.”

Winnie said: “I really don’t know what to do. I’m having sleepless nights from the pain.”

Winnie pleaded with SunReaders for help.

) Dr Mabowa Makhomisane from Polokwane said Winnie could be suffering from a condition called Chalazion, which is caused by a blocked gland on the eyelid.

“The treatment could be antibiotics or surgical removal. Winnie should see a doctor for a proper diagnosis,” said Makhomisane.

) Sangoma Dumezweni Mahabuke told Daily Sun that the ex-girlfriend could have had access to Winnie’s dirty clothes and used muthi on them.

“I’d advise her to consult a traditional healer because the lump could spread to other parts of the body,” he said.

Mercy Johnson is wanted by Nigerian police over theft (Details)

Which is your favorite? Jollof rice or Fried Rice

#InTheNews: Rocket Approved By NASA To Take Humans To Mars

Very Funny LOL: Check Out The New Way To Stand In Line