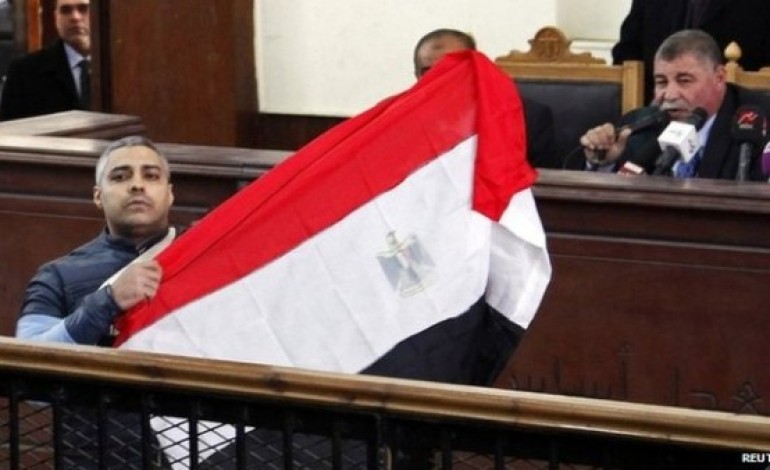 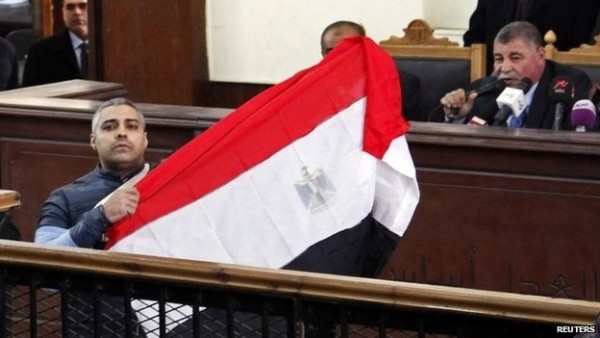 Mohamed Fahmy and Baher Mohamed, the two remaining Al Jazeera journalists jailed in Egypt on charges of aiding a “terrorist organisation” were freed on bail on Thursday after more than 400 days.

The case triggered an international outcry and has been cited by government critics as evidence that Cairo was rescinding freedoms gained after a 2011 uprising toppled autocrat Hosni Mubarak, allegations the government denies.

Judge Hassan Farid said the court did not dismiss the case against them, as the next hearing would be on Feb. 23.

The judge said the ruling specified that neither man could leave the country while the case was ongoing.

He said Mohamed Fahmy, a naturalised Canadian who gave up his Egyptian citizenship, was released on bail of £21,365.

While Baher Mohamed, who has only Egyptian citizenship was released without bail.

A third Al Jazeera reporter sentenced with them, Australian Peter Greste, was freed on Feb. 1 and deported.

The three were sentenced to between seven and 10 years on charges including spreading lies to help a terrorist organization, a reference to the Muslim Brotherhood.

Report from Cairo said the courtroom erupted in applause after the judge read his decision.

It said Marwa Omara, Fahmy’s fiancee, weeping and hugging journalists in the courtroom, said “Thank you Egypt for doing the right thing, I am happy.

She said “For the last year I haven’t been able to sleep. It said Mohamed said on his Twitter account, “I am free.’’.

A lawyer on Fahmy’s team who declined to be identified said the court’s decision to release two journalists “was an indication that the court is going to acquit them.”

Egyptian authorities accuse Qatar-based Al Jazeera of being a mouthpiece of the Muslim Brotherhood — the movement Sisi removed from power in 2013.

The network said the pair’s release on bail was a “small step in the right direction” and called for their definitive release.

Beyonce hated going on double date with Kim and Kanye?

Genevieve Nnaji Moves her Parent into her New House In Lekki