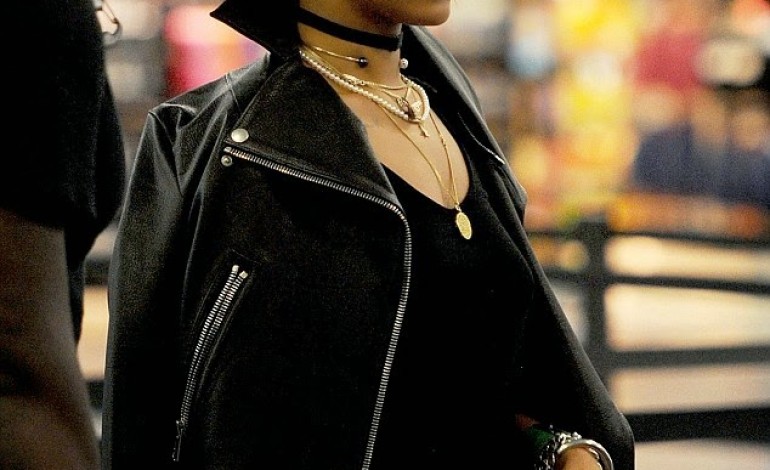 You would think someone as VIP as Rihanna would be able to effortlessly navigate her way through the airport. According to MailOnline, it

appears that isn’t necessarily the case. The 26-year-old star had trouble going through airport security as she took a flight out of Miami on Thursday. She had arrived for the flight a bit too blinged out and had struggled as she had to remove articles of jewelry and clothing piece-by-piece until the metal detector stopped beeping. As she was forced to take off more and more of her belongings, the singer seemed to become increasingly upset until she finally tossed one of her black leather boots to the ground. Hmm Bad! Actress Tonto Dikeh has been Dumped by her Rich Boyfriend?

OMG! Was that REALLY a Michael Jackson hologram performing at the Billboard Awards? [Video]

God has a hand in Nigeria’s current economic predicament- Oyegun