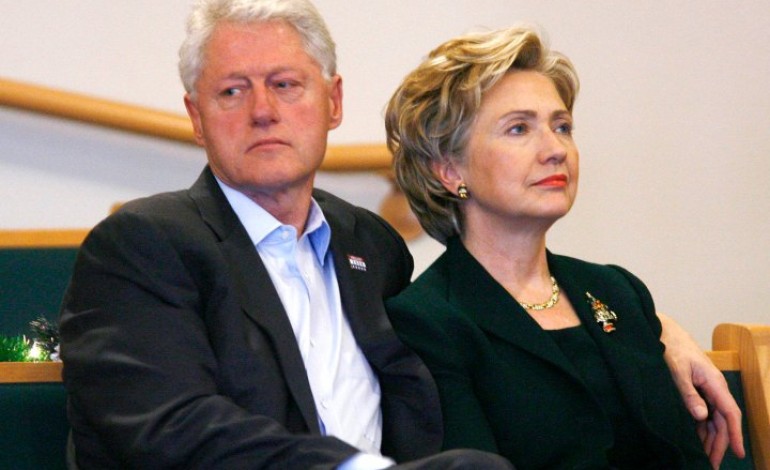 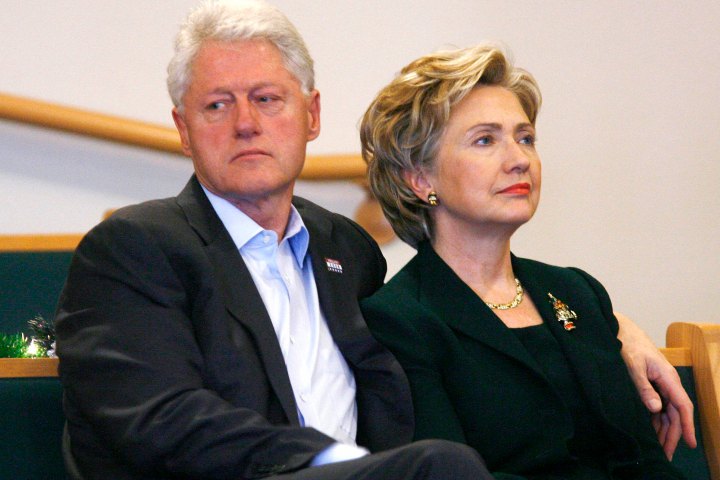 Hillary Rodham Clinton is the first dame ever to have clawed her way to the dizzying heights of American politics through a combination of ruthless cunning and the unabashed pity doled out by gullible voters, most of them Democrats.

She’s a lady whose star power is not based on her intellect or contributions to the common good, but on her willingness to excuse randy husband Bill Clinton for turning her into a fool.

Widely considered the Democratic Party’s best hope for keeping the White House in 2016, the former first lady, US senator from New York and secretary of state sets a rotten example for her sisters everywhere.

So why can’t feminists, Hillary’s fellow Democrats and even some Republicans face the truth? Supporting the candidacy of this calculating symbol of Tammy Wynette’s song “Stand By Your Man’’ represents a grotesque insult to the fair sex.

In the new book “The Residence: Inside the Private World of the White House,’’ political journalist Kate Andersen Brower writes that during the height of former President Bill Clinton’s 1990s sex scandal with then-White House intern Monica Lewinsky, a maid who arrived to clean the master White House bedroom was shocked to find the bed covered in blood.

Bill Clinton insisted that the blood was his, saying publicly that he hurt himself by running into the bathroom door late at night. White House staffers didn’t buy it.“We’re pretty sure [Hillary Clinton] clocked him with a book,’’ one former worker was quoted by Brower as saying.

But why was this bloodbath dredged up now? The cynic in me thinks that these kinds of stories are planted by Hillary fans ahead of her still-unannounced run for the Democratic nomination for president because they demonstrate that the hyper-controlled and seemingly emotionless Hillary might actually have a pulse.

That evidently was not the case, according to Hillary’s old pal Diane Blair, a political-science professor from Arkansas who died of lung cancer in 2000.

She wrote about her friend in papers unearthed last year, recounting that Hillary called Lewinsky, her chief rival for Bill’s affections, “a narcissistic loony tune.’’ And Hillary partly blamed her own failings as a wife for driving her husband to stray with another woman, albeit one perched on her knees.

“I find her impulse to blame the ‘Woman’ . . . troubling,” wrote Lewinsky, who recently reinvented herself as a fighter against cyberbullying, in a Vanity Fair magazine essay published last year. For once, the ridiculous Lewinsky, now 41 — who like Hillary, 67, refuses to fault Bill, 68, for exercising his insatiable libido — made a valid point.

But if the women around the former president could halt their catfighting for just a minute, we might see that Hillary sets back the battle for “girl power’’ by ­decades.

One of Hillary’s closest advisers is Huma Abedin, 38, whose own credibility as a feminist crusader was shot after her laughingstock of a husband, former Congressman Anthony Weiner, 50, repeatedly and compulsively exchanged Internet sexts with females young enough to be his daughters — even sending out pictures of his nimble manhood. Yet in true Hillary style, Abedin has forgiven her deranged spouse.

If elected president, Hillary will be 69 years and 86 days old when sworn into office in 2017, the second-oldest person installed as chief executive, after Ronald Reagan, who was 263 days older when he took office in 1981.

Hillary’s current scandal — private e-mails she sent out while serving as secretary of state have been deleted — has not seemed to jazz up large numbers of voters against her (despite a new Quinnipiac University poll showing she has lost ground to leading Republican presidential candidates in two key swing states). I think we’ll be seeing a lot more of a woman who served as her husband’s chief bimbo-enabler.

I worry about this country.

I’m happy to report that more New York City teenagers today than ever before possess self-respect and smarts.

The percentage of high-school students who say they’ve had sexual intercourse dropped to its lowest level ever in 2013 — 31.2 percent, down from 37.8 percent in 2011, according to the federal Centers for Disease Control and Prevention’s Youth Risk Behavior Survey.

Those who teach sex-education in city public schools routinely avoid telling youngsters that sexual abstinence or extended virginity is the best method for avoiding unwanted pregnancies and sexually transmitted diseases. I’m glad that more teens today seem to be getting lessons in health and morality from old-fashioned sources — their relatives and friends.

Rolling Stone magazine has retracted a story published last year about a gang rape that never happened at a 2012 University of Virginia fraternity party that never took place. This, after a team from the Columbia Graduate School of Journalism concluded that the account was badly flawed.

But you can expect to see even more young men branded unfairly as budding rapists. The Obama administration has been promoting a wildly exaggerated statistic, cooked up by feminist activists, that nearly one in five female students at institutions of higher education are sexually assaulted. Hundreds, or more, male students have been hauled before campus tribunals for unfair hearings in which the guys face possible expulsion if found guilty of sex crimes.

It’s outrageous to treat most males as potential sex criminals.

Lyin’ Brian Williams suggested that he might have a brain tumor! Under a six-month, unpaid suspension from his job, the NBC anchorman and managing editor wondered aloud if a brain tumor might have caused him to say, repeatedly, that he flew in a helicopter in Iraq in 2003 that was hit by a rocket-propelled grenade and, in another telling, also by AK-47 gunfire, among other tall tales he’s told over the years. That’s according to network insiders quoted in the latest issue of Vanity Fair magazine.

I think that Williams has pulled down Lester Holt, a wonderful news reader. He should get psychological help.

Tsarnaev deserves no better than bro

Dzhokhar Tsarnaev’s brother, Tamerlan, escaped justice at age 26 by dying after the 2013 Boston Marathon bombing. He was shot by police, then run down and dragged by an SUV driven by his demented bro.

Now that Dzhokhar, 21, has been convicted by a federal jury of all 30 counts against him — including using a weapon of mass destruction to kill three innocents and maim 264 others, plus murdering a Massachusetts Institute of Technology police officer — jurors must decide if he’s sentenced to life in prison or put to death. I can think of no better fate for this subhuman than rotting in hell with his brother.