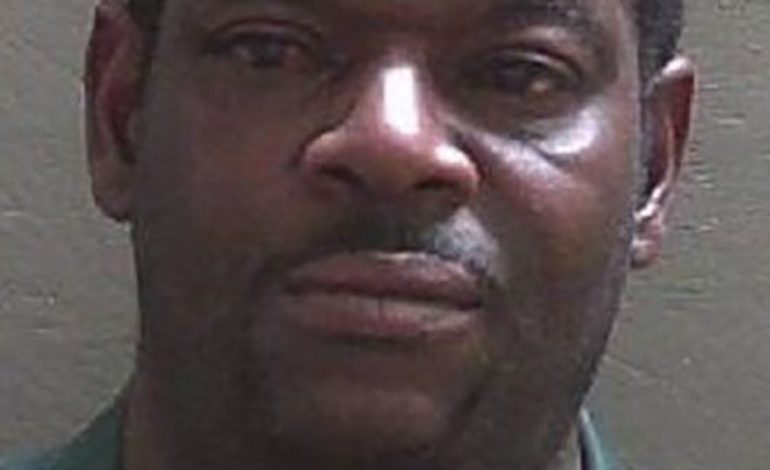 Joseph Riley, 45, was arrested after he allegedly tried to run his son over with a pickup truck because he had refused to take a bath, reports said. (Escambia County Sheriff's Office)

A Florida man was arrested after he allegedly attempted to run over his son with a pickup truck for refusing to take a bath, reports said Tuesday.

Joseph Riley, 45, was seen by neighbors inside the truck following his son down the street, WEAR-TV reported, citing an arrest report. The witnesses said they called police after they heard screams saw a vehicle accelerating at high speeds.

FLEEING PEDESTRIANS SWIPED BY TRUCK THAT SPED ONTO SIDEWALK IN VIDEO

The boy ran into a house for help and said his father was trying to run him over, according to the report. The boy, whose age was not revealed, allegedly said he ran away after his father threatened to whip him with a belt when he refused his multiple demands to take a bath.

Riley appeared to be intoxicated and had trouble standing by himself during a police interview, WBBH-TV reported. Riley was charged with domestic violence for aggravated assault with a deadly weapon. He was being held at the Escambia County Jail.

Woman Arrested In US Airport After Airport Scan Shows She Has A Penis (PHOTOS, TWEETS)