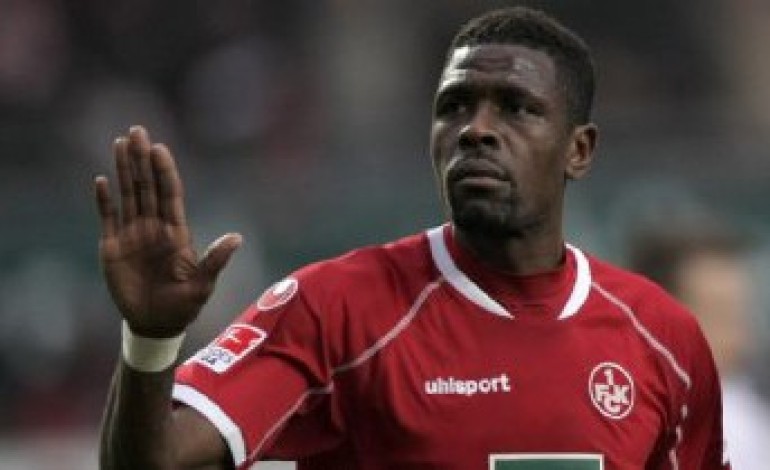 The nakeady photo of Mohammadou Idrissou was uploaded online as his profile photo for about an hour before being deleted (see photo here).

Hours later an angry Idrissou took to the same platform to explain the embarrassing post.

According to Idrissou his account was hacked by a woman he refers to as a “German prostitute” called Caroline Stain, whom he is said to be in a legal battle with.

In 2009, Caroline filed a complaint against Idrissou saying he caused her body injuries and threatened her life.

According to the Cameroon striker, Caroline later withdrew her statements saying she invented the whole story. The footballer went on by saying that on January 28, 2016,

Caronline and her bodyguards threatened him in his hotel room and he had to call the police.
The 35-year-old footballer who currently plays for SK Shkëndija in the Republic of Macedonia also added that some of Caroline’s victims have contacted him and they have all gone into a legal battle with her.

Mohammadou Idrissou has vehemently denied having a relationship with Caroline Stain and says he is happy with his current girlfriend. Caroline however, says otherwise.
It might be worth noting that Idrissou is Eto’o’s friend. Is their past catching up with them or just a coincidence and misfortune for the footballers?

The following is what he gave as prove.

Photos: Woman with one of the world's largest breasts is looking for love

Fine Boy! Check Out Pic of Actor John Dumelo as a young boy

I will send corrupt Nigerians to Kirikiri - Gen Buhari

What Is Actor Benson Okonkwo Doing With This Big Mama?