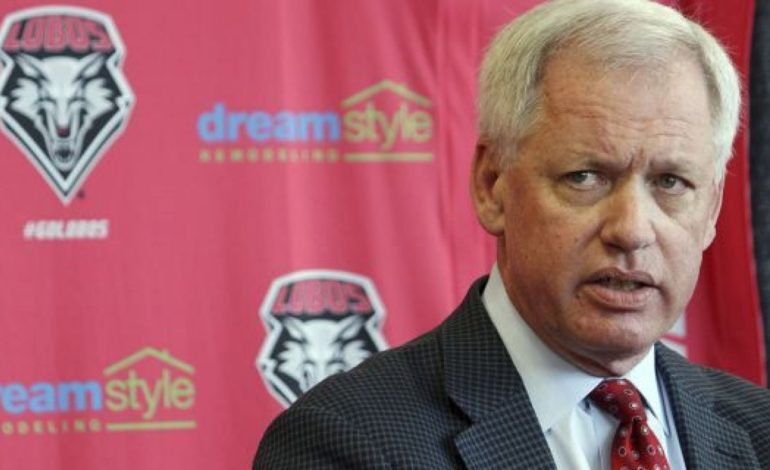 Former University of New Mexico athletic director Paul Krebs, who left in 2017 amid questions over spending, has been indicted in connection with a lavish 2015 golf trip to Scotland that was partly paid for with state funds, according to court documents filed Wednesday.

The indictment filed in state district court charges Krebs, 63, with embezzlement over $20,000 for using $24,500 in school money to pay for three people not affiliated with the university to go on the trip. He also is charged with lesser embezzlement counts, larceny, and tampering.

Attorney General Hector Balderas launched an investigation in 2017 after it was discovered that the university used nearly $25,000 in public money to pay some private donor expenses on the Scotland trip.

The attorney general's office said in a criminal complaint that Krebs used his position "to pursue his private interest by planning and participating in a trip to Scotland that was paid for by the University of New Mexico using public money."

In addition, the complaint said Krebs tried to conceal a $25,000 donation.

Krebs' attorney Paul Kennedy said he's confident his client will be vindicated by a jury.

The charges come after authorities seized records in October related to the 2015 trip, which came under scrutiny as the athletic program was experiencing financial struggles.

The school later cut four sports, including men's soccer, in an attempt to control spending.

3 shot dead in a police, Okada operators face-off in Lagos

Vermaelen Ruled Out For The Rest Of The Season