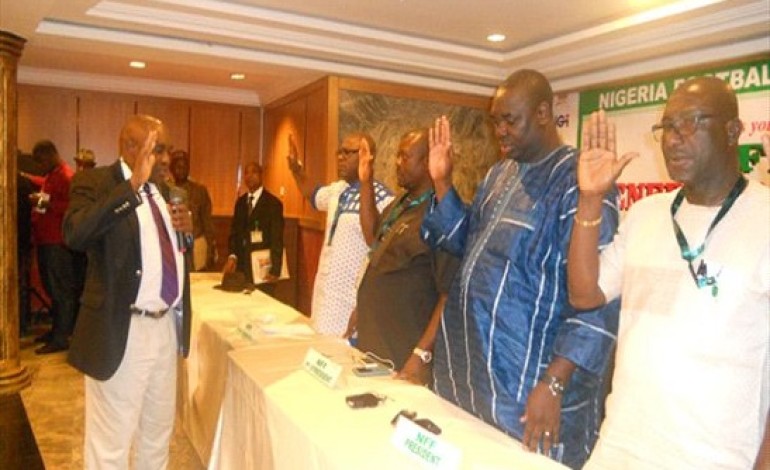 Giwa Football Club’s Boss, Chris Giwa has emerged as the new NFF Chairman after defeating his opponent Mike Umeh by 27 votes to 2 out of 29 members present that voted.

Before the elections, NFF General Secretary Musa Adamu and Maigari were said to have been arrested and detained by the Department of state Security Services (DSS).