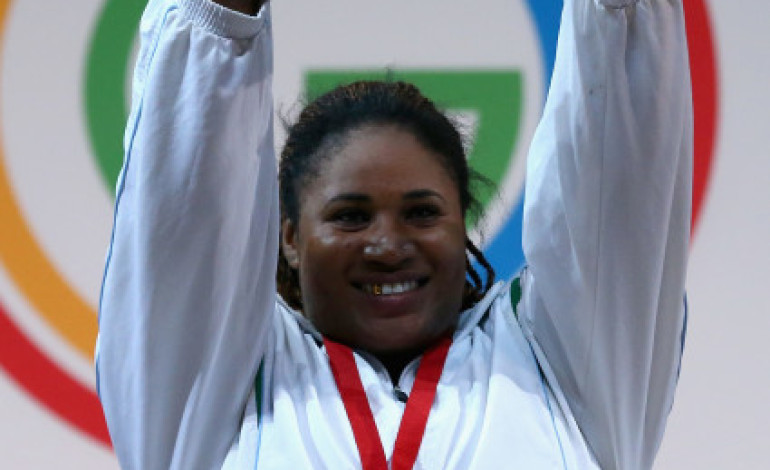 ABUJA (NAN) ― Maryam Usman on Wednesday won the women’s +75 kg gold to take Team Nigeria to the top of the weightlifting medals table at the ongoing Commonwealth Games in Glasgow, Scotland.

Usman scored 125 in snatch and155 in clean and jerk for a total of 280 at the Clyde Auditorium, leaving Samoa’s Ele Opeloge to the silver after a total of 271.

Opeloge who was the defending champion made a last-ditch effort to win the gold by attempting to lift 161.

But she failed and ended up with 120 snatch and 151 clean and jerk.

Tracy Lambrechs of New Zealand won the bronze medal after a total of 237, from 101 snatch and 136 clean and jerk.

Usman’s win was heralded by Aminat Adeniyi and Odunayo Adekuroye in women’s freestyle wrestling, with Adeniyi winning in the 58kg and Adekuroye in the 53kg.

The women’s success helped Nigeria to move up on the overall medals table to eighth at the end of seven days of competition, with six gold, five silver and eight bronze.

But Nigeria’s total haul was made up largely of three gold four silver and one bronze which placed Team Nigeria top of the weightlifting medals table.

Success for Adeniyi and Adekuroye also moved Nigeria into third place on the wrestling medals table, after two gold, one silver and five bronze medals.

Athletics has also given Team Nigeria one gold and one bronze, while table tennis has brought in one bronze.

Press Release: Rising Star Sona Wrongfully Convicted For Robbery He Did Not Commit

Fake dollar bills: Billboard magazine about to put 50 Cent in trouble with US Feds

If A Guy Does These 11 Things, He’s Head-Over-Heels For You

9 Signs You Are Trying Too Hard In Your Relationship