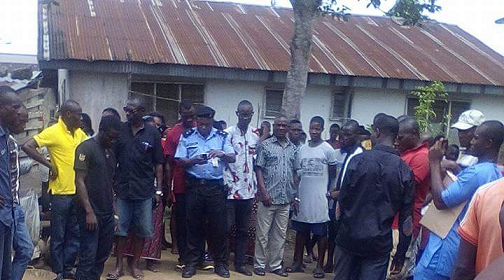 A 37-year old man allegedly set the home of his in-laws on fire at Isampou in Ekeremor LGA in Bayelsa state, killing the mother-in-law, after his wife divorced him. The brother-in-law, who sustained first degree burns later died at the hospital.
According to Leadership Newspaper, the incident occurred on Thursday, at about 9pm. Angry mob from the community stormed the suspect's village in speed boats with the burnt corpses to carry out a reprisal attack by setting ablaze his family house ablaze in Bomadi, Delta State.
It was gathered that the suspect was having marital problems with his wife who later called off the marriage and returned to her parent's village. An Isampou indigene said:

"Yes I heard about the fire. We gathered that the wife left him some days ago insisting that she does not want to marry him anymore. The wife was living with her husband at Bomadi, Delta state before she left for her mother’s house at Isampou, Bayelsa"

The jilted husband allegedly poured fuel in and around the home of his mother-in-law with the intention of roasting the Wife, who was reported to have planned to sleep in her mother’s room.

"Though the wife had planned to sleep. But changed her mind at the last minute and moved to the house of a friend. It was only her mother and her brother that were in the house during the fire." an eyewitness said

The whereabouts of the suspect is unknown. More photos… 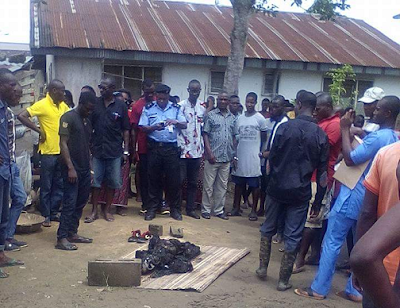 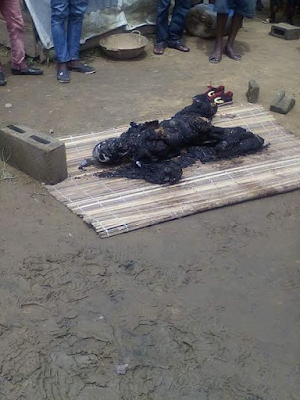 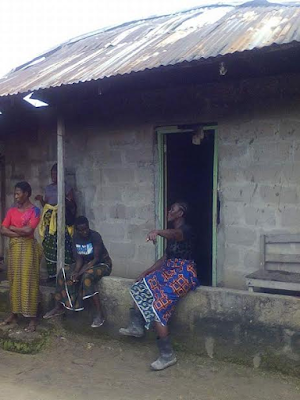 Hours after shocking world with desert execution of 300 Syrian soldiers, ISIS parade captured Kurds then behead one on video