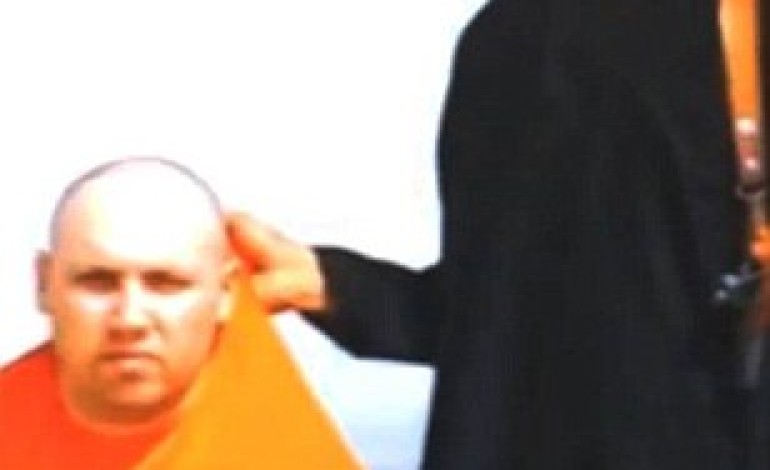 America is poised to ask Britain to support air strikes against jihadi positions in northern Iraq, it was reported last night.

The White House believes the UK and Australia would be willing to join in such an air campaign, according to the New York Times.

And it claimed officials are on the point of asking the Prime Minister – as well as leaders of a string of other countries including Qatar, Jordan, Turkey and Australia – about it. Request: America is poised to ask Britain to support air strikes against jihadi positions in northern Iraq, it was reported last night. Above, a US Navy F/A-18 sets off to strike IS positions in Iraq earlier this month Leaders: Barack Obama (left) is said to be on the point of asking David Cameron (right) – as well as leaders of other countries including Qatar and Australia – if they would be willing to join in such an air campaign

However, Downing Street sources said yesterday no request from the Obama administration had yet been made, and that UK involvement in air strikes would need ‘a lot of discussion first’.

Parliament is expected to debate the issue when it returns on Monday. The Prime Minister has previously indicated that any military action would have to be approved by MPs.

Britain is already supplying intelligence, surveillance and support from Special Forces as well as refuelling facilities to warplanes. But taking part in air strikes would mark a major escalation.

It is also currently preparing to join the US in resuming humanitarian air lifts to ferry aid to 12,000 members of the Turkmen community besieged for two months by Islamic State militants in the northern town of Amerli. As the UK announced a further £10million worth of aid to Iraq, senior defence planners were asked to ‘scope’ how a mission to ease the plight of those stranded could be launched.

It would be likely to follow US air strikes on Islamic State (IS) positions and involve both special forces and RAF Hercules transport planes operating out of Cyprus. It is feared IS has ground-to-air missiles capable of bringing down an aircraft.

Nickolay Mladenov, the UN special representative for Iraq, has said the situation in Amerli ‘demands immediate action to prevent the possible massacre of its citizens’ while community leaders have warned of a ‘catastrophe’.

Any humanitarian aid drops would be similar to those flown by the RAF to members of the Yazidi community trapped two weeks ago on the Sinjar mountains.

As the US prepared to launch a fresh wave of air strikes, new horrific details of IS atrocities emerged. Supporters: Demonstrators are pictured chanting their support for Islamic State (IS) as they wave al-Qaida flags in front of the provincial government headquarters in Mosul, 225 miles northwest of Baghdad, Iraq Soldiers: Armed with guns, Kurdish Peshmerga forces are seen sweeping the Bakirta village near the town of Makhmur, south of Erbil, Kurdistan, yesterday after Islamic State (IS) insurgents withdrew from the village

A UN report said public executions, mock crucifixions, whippings and amputations are being regularly carried out as part of a chilling campaign of fear and intimidation by the militants.

The jihadists responsible for the murder of US journalist James Foley were also found to be forcing boys as young as ten to join up and using teenagers in suicide attacks while boys of 15 are being beheaded publicly.

Investigators say that women have been publicly lashed for not following the group’s strict dress code and some stoned to death after allegations of infidelity.

The shocking chronicle of atrocities and torture are included in a report by the UN Office for the High Commissioner for Human Rights which paints a disturbing and bleak picture of all sides in the Syrian civil war, accusing the regime of Bashar al-Assad of repeatedly using chemical weapons against civilians. Horrific: The jihadists responsible for the murder of US journalist James Foley, which was captured on video (pictured), were also found to be forcing boys as young as ten to join up and using teenagers in suicide attacks It says that both the militants and the Assad regime are committing war crimes.

‘Executions in public spaces have become a common spectacle on Fridays’ in Raqqa, the Syrian city that has become IS’s stronghold and is now the focus of US spy planes, the report said.

‘Children have been present at the executions, which take the form of beheading or shooting in the head at close range … Bodies are placed on public display, often on crucifixes, for up to three days, serving as a warning to local residents.’In the 45-page report, the panel described beheadings of boys aged 15, men flogged for smoking or accompanying an ‘improperly dressed’ female relative.

The report said: ‘Women have been lashed for not abiding by IS’s dress code. In Raqqa, children as young as ten are being recruited and trained at IS camps.’ Besieged: Britain is also currently preparing to join the US in resuming humanitarian air lifts to ferry aid to 12,000 members of the Turkmen community besieged for two months by IS in the town of Amerli (pictured)As a result, UN officials have expressed caution over US air strikes against IS targets because of the number of young boys among them.

A spokesman said: ‘Among the most disturbing findings in this report are accounts of large training camps where children, mostly boys from the age of 14, are recruited and trained to fight in the ranks of ISIS along with adults,’ he said.

‘We are aware of the presence of children in training camps, I think that this decision by the United States must respect the laws of war and we are concerned about the presence of these children.’

The report, compiled after six months of investigations, came as IS supporters tweeted pictures allegedly showing militants executing Syrian army soldiers after capturing the government Tabqa airbase near Raqqa in eastern Syria. The pictures have not been verified. Trapped: Any humanitarian aid drops would be similar to those flown by the RAF to members of the Yazidi community trapped two weeks ago on the Sinjar mountains. Above, Yazidi women on the mountainsThe commission was created three years ago by the UN Human Rights Council to investigate abuses committed in the war, in which 200,000 people in Syria are estimated to have died.

It will present to the council next month its latest report covering a litany of war crimes and crimes against humanity it says were carried out by the Syrian government, Islamic State and other opposition groups.

Many fighters from Syria’s weakened rebel battalions are defecting to Islamic State ‘owing to the latter’s superior financial and operational capabilities,’ it warns.

Among the allegations of war crimes committed by the Syrian government was the use of suspected chlorine gas, a chemical agent, in eight separate incidents in April and May of this year.

The report also detailed the use of barrel bombs by the Syrian Air Force which were dropped on civilian neighbourhoods.

Deaths in custody in Syrian jails are on the rise and forensic analysis of 26,948 photographs allegedly taken from 2011-2013 in government detention centres back its ‘longstanding findings of systematic torture and deaths of detainees’.(Dailymail, 2014)

Yul Edochie Exposes The Man Who Has Been Harassing Him #Sexually

Marc Thiessen: Critics of Trump's July 4 'salute' had 'stupidest freakout of all time'

Female Staff of Arik Air Disappears after Visiting Her Boyfriend