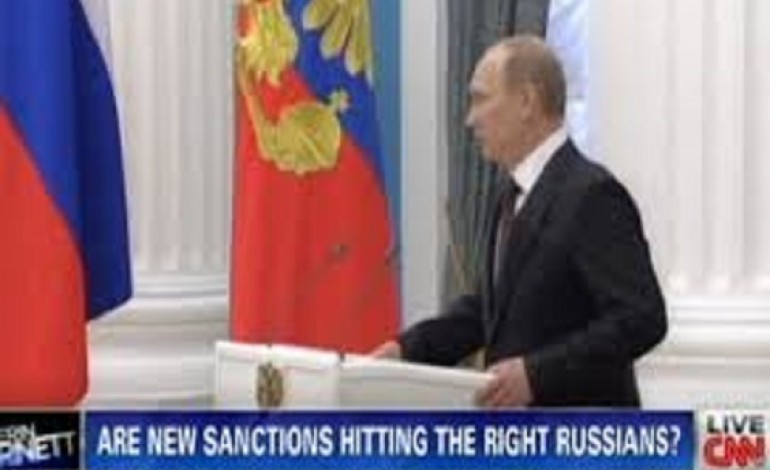 European Council President Herman Van Rompuy announced the sanctions on Monday saying that their implementation will take place over the next few days.

However, the new measures will come into effect “in the next few days”, not on Tuesday as some had expected.

Russia denies accusations by Ukraine and the West that it has been sending troops to help pro-Russian rebels.

But the 28-member bloc is being deliberately vague about when they will come into force, to allow time to assess the implementation of a ceasefire agreed on Friday, BBC Europe correspondent Chris Morris reports.

“Depending on the situation on the ground, the EU stands ready to review the agreed sanctions in whole or in part,” van Rompuy said.

The ceasefire appears to be holding, although the head of the Organization for Security and Cooperation in Europe, which brokered the deal, described it on Monday as “shaky”.

Before the truce came into place, pro-Russian separatists made big gains in eastern Ukraine and seized territory a few miles outside the strategic south-eastern port city of Mariupol.

Woman Caught Having Time With Co-tenant In Bathroom, While Husband Watched TV