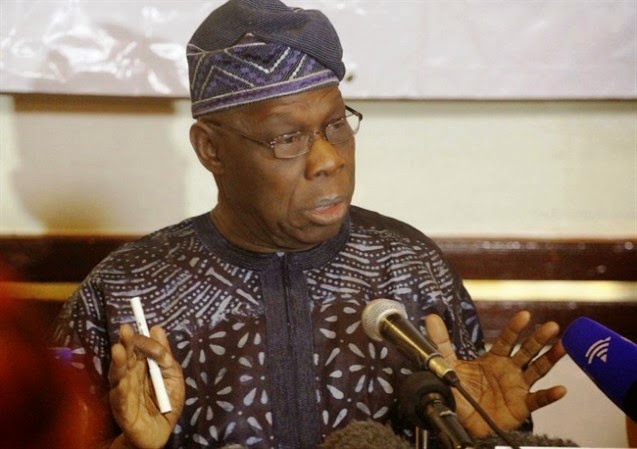 Are you still a member of the PDP, people like Fayose, Buruji Kasamu and Bode George have alleged that you are already discussing with the opposition?
I am still a member of the PDP. Or do you want to pursue me out of PDP (laughs). Don’t forget, I am founding member of PDP, a party under which banner I became the President for 8years. I was later made the Chairman BoT. Why will I leave PDP?… PDP is a very big family, the largest party in Africa. When the time comes, we would re-unite and tighten loose end.

Are you going to support President Goodluck Jonathan for 2nd term
Is he contesting again? I have not been informed.

You were absent from PDP rally in Ekiti where your estranged godson, Fayose won convincingly. Now, Osun election is coming, what is your take on this? Are you going to campaign for Omisore?
See when it boils down to performance, overall development and general welfare of the people he governs in Osun, I salute his spirit. Aregbesola has changed what we used to know as Osun. And the physical manifestations are not only in papers but can be seen by even the PDP man. It is not about the party but the person who administers, Aregbesola has his weaknesses but he is above board. Don’t get me wrong Omisore has paid his dues in Osun politics, nobody is saying Omisore can’t contest, if I were him I would wait for this man to finish his 8years and then launch myself”

– but is this really coming from Obasanjo?

Would you rock this? Jennifer Lopez in head-to-toe snakeskin print

Cristiano Ronaldo's ex Irina Shayk slams him, says she 'felt ugly' when she stood next to him