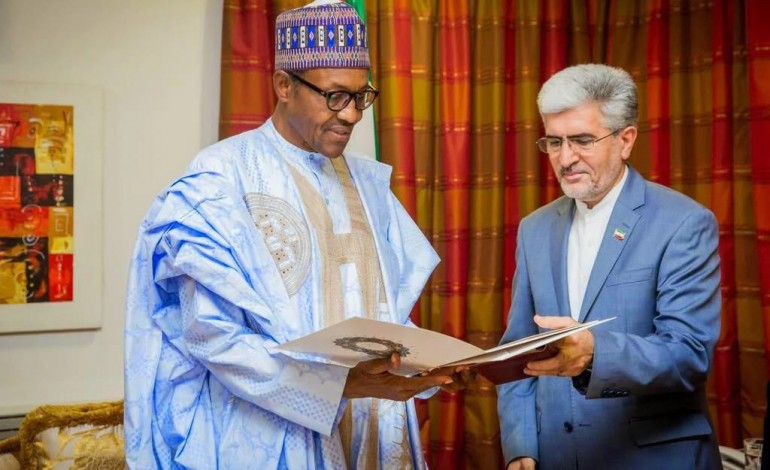 – Iranian ambassador in Nigeria condemns the detention of Ibrahim El-Zakzaky.

– Calls for independent and fair investigation into the Zaria clash.

– Demands compensation for Zaria victims and rights for Nigerian Shi’ites.

Iran has described the continued incarceration of the leader of the Shi’ite Islamic Movement in Nigeria, Ibrahim El-Zakzaky, as illegal and unfair.

This is according to the country’s ambassador to Nigeria Saeed Koozechi, who made his comments in an interview with journalists in Abuja on Tuesday.

He said that the official position of the Islamic Republic of Iran is that El-Zakzaky, who suffered gunshot wounds during the Nigerian Army’s clash with the Shi’ite sect in December 2015, “should not be kept in detention for a long time.”

“The Shi’ite is a small minority group in Nigeria, they engage in peaceful religious activities, they are not harmful to anyone,” Koozechi said.

“We have never heard of unrest and extremism from the Shi’ite followers in Nigeria.”

Ambassador Koozechi descried the Zaria incident as unfortunate and regrettable, while making it clear that his country expects the investigation into what exactly happened to be fair and transparent.

He also called on the Nigerian authorities to provide financial compensation to those who suffered as a result of the massacre.

“We don’t believe the continued detention of El-Zakzaky is legal or fair, he shouldn’t be kept for a long time. We look forward to seeing his release and his wife soon.”

“The Shi’ite are Nigerians too and they have rights like other citizens. The government must be clever to not pour fuel on fire. Recognizing the rights of minorities is a real value to social development,” the ambassador said.

The Zaria massacre, which saw hundreds of Shia Muslims gunned down by the army, has raised tensions between Nigeria and Iran, the world’s most powerful Shia nation.

The Iranian government has called on Nigeria to prevent further violence against Muslims and to protect holy sites in the country.

The Nigerian army said it opened fire after the Shi’ites blocked roads and tried to assassinate a general, which the Islamic Movement in Nigeria strongly denied.

Photos: How Donatella Versace transformed herself into a human waxwork

Will Oscar Pistorius go to jail for killing Reeva? We'll find out shortly

UPDATE: Why We Put Olisa Metuh In Handcuffs

Tweets of the day!