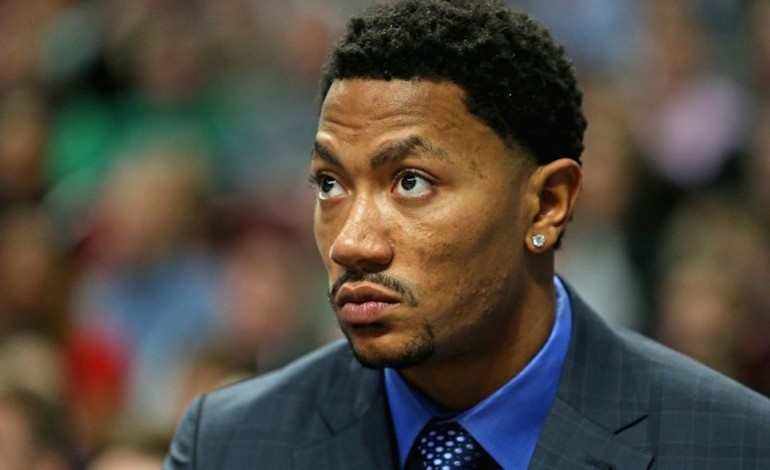 When a hero is accused of a heinous crime, it’s impossible for his fans process the allegations.
Oh no. Please God, don’t let this be real. That was my first thought Wednesday night when TMZ reported that Derrick Rose was served with a lawsuit alleging that, at his Beverly Hills home in August 2013 he, along with two members of his inner circle, Ryan Allen and his manager, Randall Hampton, drugged and then gang raped a woman Rose had been dating for two years.

The drug was allegedly slipped into the claimant’s drink—a disturbing echo of the allegations made against Bill Cosby.

Rose’s lawyer responded to TMZ’s report Thursday morning, alleging that this is the “third attorney the plaintiff hired to sue Rose” painting the entire case as “an attempt to shake down a highly respected and successful athlete.”

When it comes to Derrick Rose we’re all in the dark, sickened at the thought.

Let me be absolutely crystal clear before we go any further: We’re talking about a civil suit, and no police investigation is currently underway. If your reaction to this story is either to join what’s sure to be a growing chorus screaming “golddigger” or an equally incensed mob ready to summarily convict Rose before any more information comes to light, you’re heading down the wrong path.

But the idea that this might be true, and what makes this all the more frightening and awful to contemplate, is that the vast majority of what we do know about Derrick Rose stands in stark contrast to the horrors described in the lawsuit. And if it does turn out to be true, it renders all the good that he has done utterly meaningless.

Rose grew up in Englewood, on the South Side of Chicago, a neighborhood rife with gang violence. “All around him, though, people were dying,” Noah Isackson wrote in Chicago Magazine “When Rose was a fifth grader living on 73rd and Paulina, his next-door neighbor, a teenager, got drunk and killed himself playing Russian roulette. A close neighborhood friend of Rose’s was killed a few weeks before he was supposed to leave for college.”