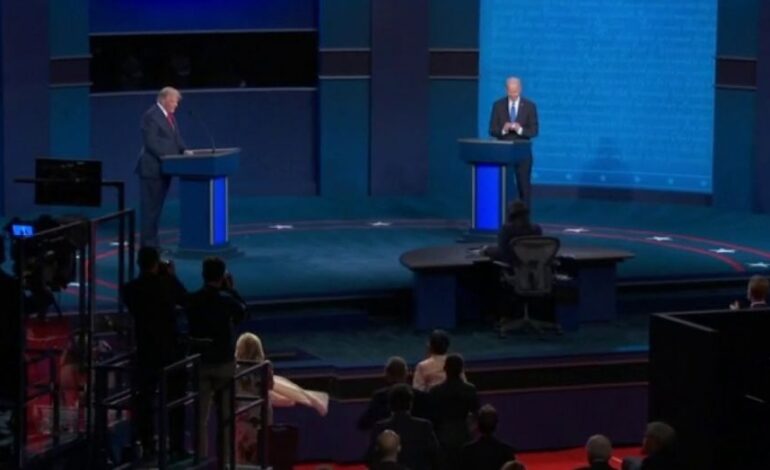 The best Trump ever.

That’s what America saw in Thursday’s debate as the president finally found his stride. He was substantive, measured and relatively calm — a combination that enabled him to give the best debate performance I’ve ever seen from him.

His repeated focus on jobs and economic growth reflected the success of his first three years and why 56 percent of survey respondents recently told Gallup they were better off than four years ago.

The president neglected to mention that important survey, but, asked what he would say to those who didn’t vote for him if he won, his answer captured the same optimism: “Success is going to bring us together.”

Where’s that guy been hiding?

The appearance was a surprise because this Trump was a completely different person than the rude, snarling president who turned the first debate into a mess and jeopardized his reelection chances. This one learned from those mistakes and was consistently disciplined throughout the 95 minutes.

Yet because most polls show him trailing Joe Biden, Trump was also eager to open another contrast, so he frequently brought up the email evidence that the former vice president was directly implicated in son Hunter’s shady business dealings around the globe.

Again, the president was aggressive without being overbearing, yet had to repeat the details because of the outrageous blackouts by Big Media and Big Tech of the stories. But the new charges from Tony Bobulinski, the insider-turned-whistleblower, that he met with Joe Biden personally to discuss a suspect deal with a Chinese energy company will likely force the issue more into the open.

Biden’s answer, that “I’ve never taken a penny from a foreign source in my life,” sounds a lot like his earlier claim that he’d never even discussed his son’s businesses with him. We know now that wasn’t true.

Notably, however, Biden still did not dispute the specifics of Bobulinski’s charges or claim that the emails were not authentic.

He huffed and puffed about Trump not releasing his taxes, but that’s an old story and the tangled web surrounding the Biden family business plans is a new one.

Overall, Biden didn’t have an especially bad night — until he got near the end. His embrace of climate change and something resembling the Green New Deal led him into a dead-end where he declared that “I would transition away from the oil industry.”

In a perfect summation of their positions, Trump added, “He’s going to destroy the oil industry,” and Biden responded, “We have to move toward net-zero emissions.”

Biden’s other big problem was that Trump skillfully put the Obama-Biden administration on defense, as if the election were about them instead of him.

On paper, the questions were in Biden’s favor. A segment on the coronavirus lasted about 20 minutes, which should have been a huge advantage to Biden because he has made the deaths of 220,000 people the centerpiece of his campaign.

Yet Trump, while not winning the exchange on his handling of the virus, played good defense and eventually was able to shift the focus to how fast states should reopen. A clear difference emerged, with Biden endorsing vague conditions for reopening businesses and schools, while Trump emphasized the need to get the economy back up and running, warning that “the cure can’t be worse” than the problem.

“There are businesses that are dying, Joe, you can’t do that to people,” he said in one effective exchange.

The president was also sharp on other topics that should have been to Biden’s advantage. Although Welker reflected the Washington press corps’ obsession with race and climate change, Trump managed to contrast what he had done with the record of the previous eight years.

Even on race, he was able to tick off a list of reforms, including in prisons and criminal justice, and ask repeatedly why Biden didn’t do the things he’s now promising when he had a chance.

At one point, Trump answered his own question, saying, “It’s because you’re a politician and all talk.”

Welker was the best of the three moderators in this cycle, but she still talked and interrupted too much. Why moderators insist on cutting off spontaneous exchanges because “we have a lot of questions to get to” makes no sense. Let them talk!

Perhaps sometime in the next election cycle a moderator will have a brainstorm and realize that 70 million Americans actually tune into hear the two people running for president.