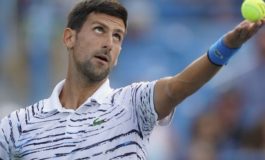 The archbishop of New York speaks out on 'Fox &amp; Friends' on calls to excommunicate Catholic Gov. Cuomo over New York's new legislation that legalizes abortion up to birth.

Americans love their pets. Our furry four-legged friends and the occasional lizard, pig or snake that come into our lives become members of the family. We spend billions of dollars each year to give them the best lives possible.

But when it comes to unborn children, a disturbing trend in blue states like New York is putting pet rights ahead of human life.

New York state recently enacted into law a controversial expansion of abortion rights that includes the right to terminate a baby up to the moment of birth. The new law was perversely celebrated with cheers in the state’s legislative chambers and toasted with champagne at receptions.

Democratic Gov. Andrew Cuomo even ordered the spire of One World Trade Center lit up pink for what is euphemistically called the Reproductive Health Act.

As they toasted the state’s further degradation of human life, those same legislators have hypocritically been busy introducing legislation to increase protections for pets – and even unborn animals.

Apparently, to New York’s left-wing Democrats a fully-formed unborn child in the third trimester is less important than the average house cat.

Wouldn’t you think Democrats would be at all concerned about demonstrating such a level of hypocrisy? Unfortunately, it’s becoming increasingly clear they will go to any lengths necessary to deny that an unborn child is a human being deserving of the same rights and respect as anyone else.

Here’s a sample of how some legislators are cheapening life with perverted logic that’s downright scary.

The New York Legislature is considering mandating registration, certification and regulation of pet groomers, including training and testing. Yet New York’s new abortion law actually reduced the qualifications for those who are allowed to perform an invasive medical procedure to terminate the life of an unborn child.

In New York you do not need to be a doctor to perform an abortion, but you’ll need to comply with training and regulations to blow-dry your pet poodle. It would be hilarious if it wasn’t so sad. So much for women’s health.

New York is considering expanding the rights and protections of animals harmed during the commission of a felony. However, since Cuomo signed the Reproductive Health Act, if a pregnant woman is the victim of an assault or domestic violence that causes the loss of an unborn child, that crime in New York is no longer considered a homicide – even if the baby is late-term.

That’s simply twisted and also not in the best interests of protecting women from abuse.

There’s also a bill that prohibits vivisection at colleges, universities and various professional schools. So while New York is looking to ban surgery on living organisms for educational purposes, the new abortion law makes legal the mutilation of a fully-formed baby in the womb.

Another piece of legislation would prohibit animal hatching projects in schools. Many people may remember watching eggs under an incubator in school and the lessons we learned watching them hatch into baby chicks. That might be illegal soon in New York.

But the new abortion expansion actually repeals existing law that gives full legal protection and medical care to any child who might be born alive as the result of a botched abortion.

It is now no longer required to have a second doctor available during a late-term abortion to provide medical care to such a child. It’s legalized infanticide.

Still another New York bill would actually allow judges to appoint special advocates to represent the interests of animals in court cases. Another would require the “best interest of a companion animal to be considered” in matrimonial cases.

The prime sponsors of all of these bills – all Democrats – voted for the abortion expansion bill.

The issue here isn’t whether some of these regulations are warranted. Few would argue with the need to ensure that we reduce animal cruelty and treat all life with respect.

The problem – as it is with so many other issues and aspects of America’s so-called progressive movement – is that they only champion respect for the lives and beliefs they believe are important.

Liberals claim to be tolerant and compassionate while they denounce and demean advocates for these unborn children – and also demean gun owners, Christians and of course anyone willing to wear a MAGA hat in public.

Democrats used to be the champions of “the little guy.” It is the height of hypocrisy that the unborn child – the “ultimate little guy” – increasingly is little more than an afterthought.