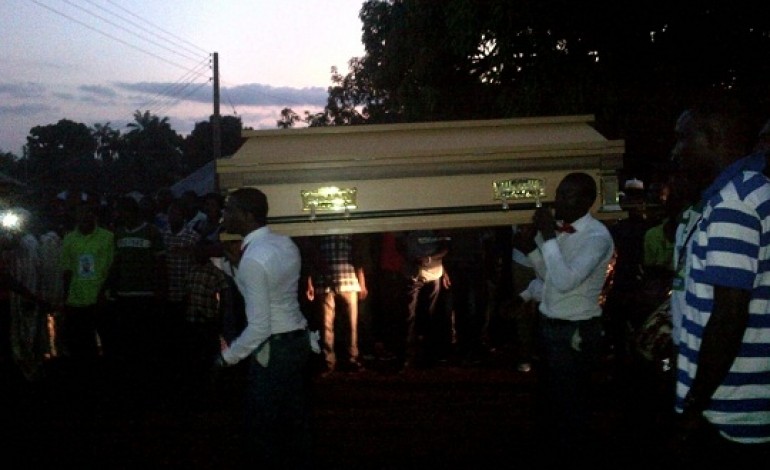 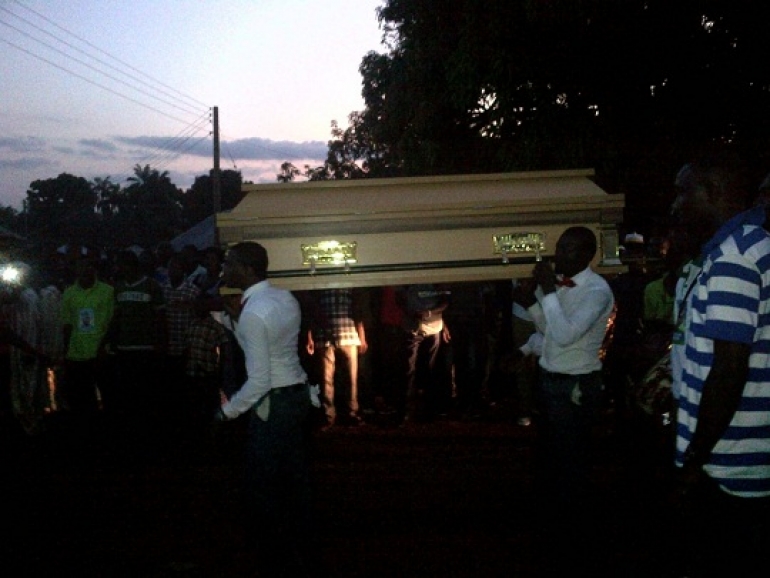 Things didn’t go as expected during the burial celebration of Michael idibia, the late father of 2face. He was attacked by his kinsmen for not building a house in the villager. His mother, Mrs Rose Idibia escaped being lynched by her husband’s family members
The family said :

“When we contacted 2face, he told us he no longer had money to further the project that he would continue after his father’s burial, but we carried out our investigation and found that it was his mum, Rose that stopped him from completing the project.

“The mum told him not to waste his money on any building that he would not come home anytime to stay there, saying that his uncles would only take over the house once he completes it,”.

“Is it not wickedness that you would call on someone who is mourning his father to come and start a building project?

“When my husband died, they informed my son to come and build ten bed room flat. He accepted and promised to do so, with the hope that a huge amount of money was coming his way. The building project started almost immediately but stopped along the line because of finance.

“So, when they called to complain why money was no longer coming I called Tuface and he said because of the Ebola issue, the money he was expecting could not come that they should hold on till after the burial. But his uncle refused that the burial would not hold until Tuface completes the house.

“When we finally came home with the corpse on Thursday, they began to boo me. Some wanted to kill me by throwing stones and sticks at me that I stopped Tuface my son from building in his village,”.

How a married woman almost seduced me -Pastor Adeboye

VIDEO: Olamide – Story For The gods