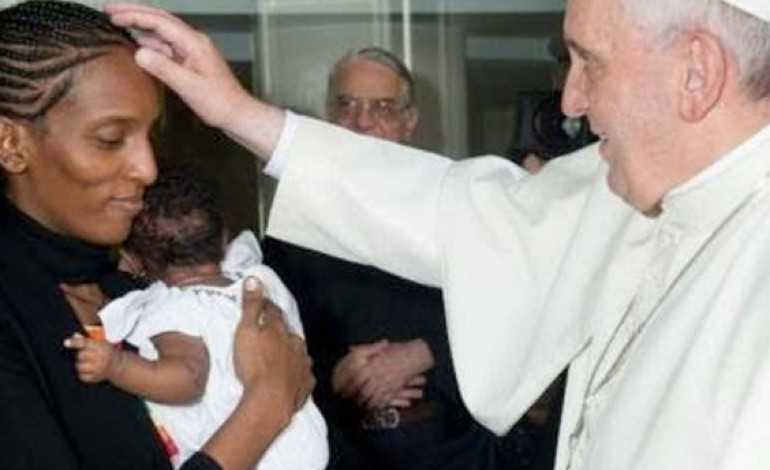 Sudanese woman, Meriam Ibrahim, who was imprisoned and once sentenced to death for apostasy before being released following international outrage flew into Italy this morning in company of her husband Daniel Wani and their two children Martin and Maya and met with Pope Francis at Casa Santa Martath inside the Vatican.According to the head of the Vatican Press Office, Father Federico Lombardi, the meeting took place in a ‘very serene & affectionate’ environment, and Pope Francis thanked Meriam for her ‘courageous witness to perseverance in the Faith.’Fr. Lombardi said Meriam thanked the Pope for his prayers, saying they provided great support and encouragement to her during her ordeal. Here are pictures from their meeting.

Photos: Alaafin of Oyo and his Oloris welcome well-wishers at their palace

What is marriage doing to Nollywood actress Tonto Dike?

This is Very Sad About Ebola You Must See: Heartbreaking Photos Detailing Outbreak in Liberia