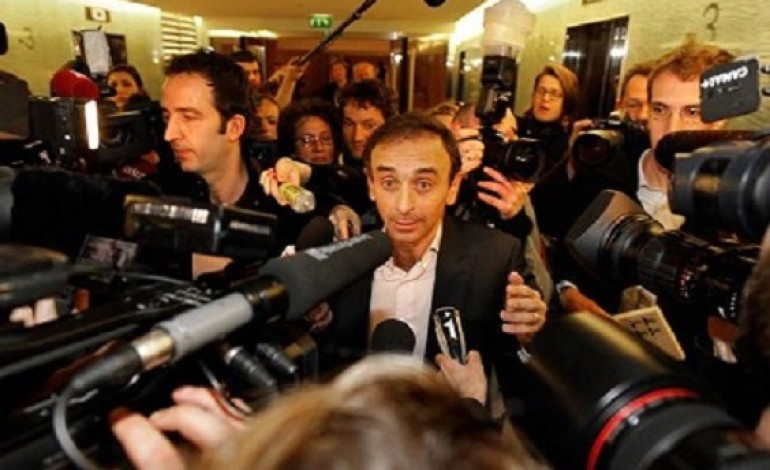 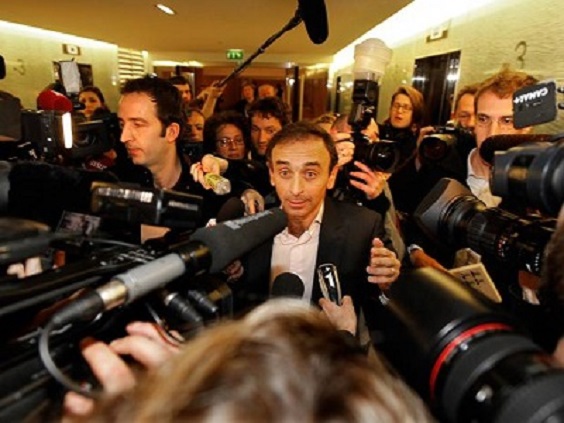 The sacking of France favourite and at the same time most detested hard-right, Islamophobe misogynist has caused stir in the nation.

Eric Zemmour was dismissed by the 24-hour news channel i-Télé after telling [or seeming to tell] an Italian journalist that France’s estimated five million Muslims should be “deported” to avoid “chaos and civil war”.

The channel’s decision was approved by anti-racist groups and some left-wing politicians. It was also lambasted by senior figures on the right of French politics [who adore Zemmour] but also by some on the left [who detest him] on the basis of his right to free speech.

With the radio station RTL also under pressure to dismiss Zemmour from his twice-weekly commentary slot, the fate of the provocative journalist and author has become the hottest issue in French politics.

Zemmour, 56, a Jew of Algerian origin, could therefore be said to have disproved his own pet theory.

The row is also typically French in being partly semantic. In an interview with the Italian newspaper Corriere della Sera, Zemmour said the removal of France’s Muslim population seemed “unrealistic” but might be necessary to avoid “chaos and civil war”.

The interview went unnoticed until it was picked up and translated by the hard-left French politician Jean-Luc Mélenchon. On his blog, Mr Mélenchon said Zemmour had called for the “deportation” of all French Muslims, many of whom are second or third-generation French citizens.

In France, “deportation” carries dark overtones of the fate of hundreds of thousands of Jews and other French citizens sent to Nazi death camps during the war. Zemmour protested that he had never used the word.

The Italian journalist who conducted the interview pointed out that the word “deport” was in his question, as published, not in Zemmour’s reply. The word in Italian – deportare – was the normal word for “repatriate”, he said.

To All Men, is this true?

These puppies are identical dog twins, the first pair known to the science!