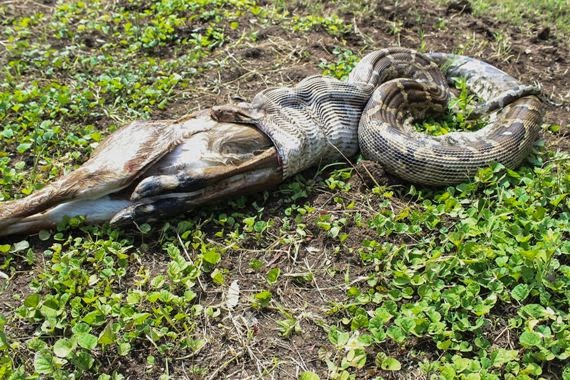 The jaw dropping moment a giant Python swallowed a baby Antelope was captured on camera by animal rescuer Nitish Bambhaniya in the village of Billa in Gujarat, India.

“I got a call in the morning for an Indian rock python. When we reached the spot, we saw this massive python. The python had hunted a baby blue bull and had already eaten 80% of the bull’s body. It is on the edge of an open field, so lots of locals start gathering there.” Nitish said

As people gathered, with many saying the snake should be killed as it could be a danger to them, the snake known as the Indian Rock Python stopped swallowing the antelope & let go of its lifeless body

“Pythons do it so that they can shed body weight and escape faster. Meanwhile, we convinced the villagers not to kill the python and they agreed. Later we caught the python and handed it over to the forest department officials.” Nitish said

The python was released by the officials in a nearby forest, before slithering away to freedom. See pics of the action after the cut… 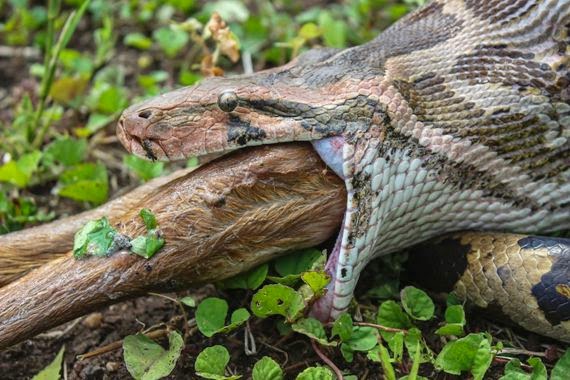 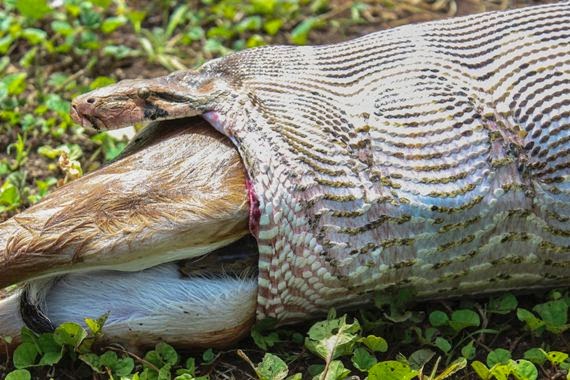 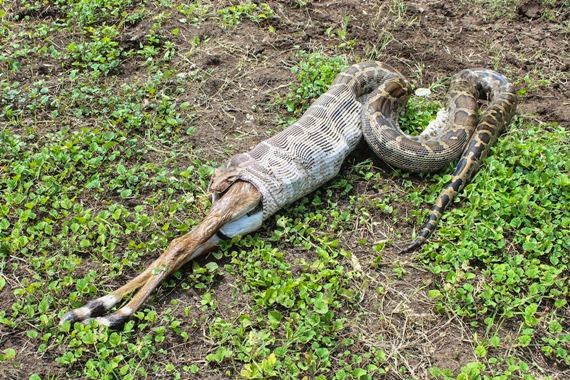 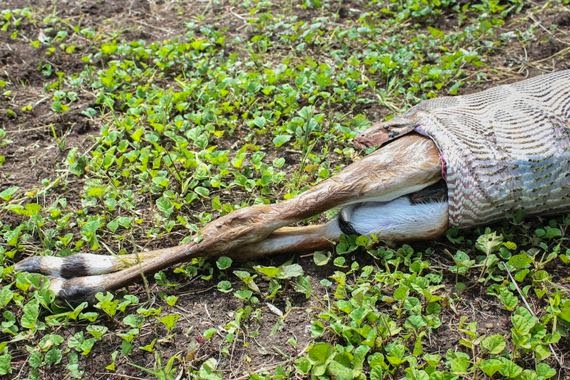 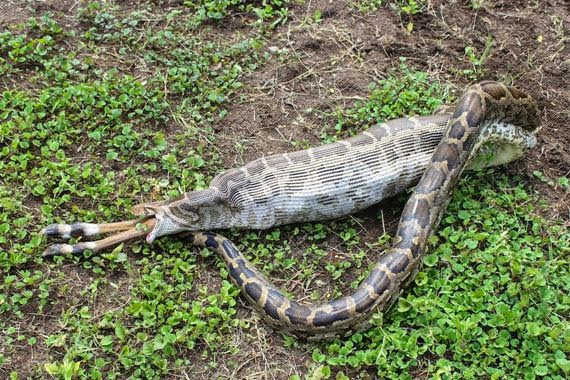 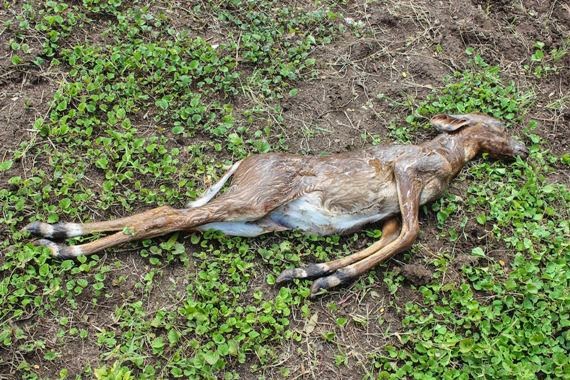 Nigerian man arrested for abducting & raping a woman in the US

SATISFY YOUR PARTNER! The Lifecycle Of A Penis [Must Read]

Angry mob did THIS to designer caught molesting infant (Photo)

Just In! See The Shocking Email ISIS Sent To Parents Of The US photographer James Foley Who They Beheaded