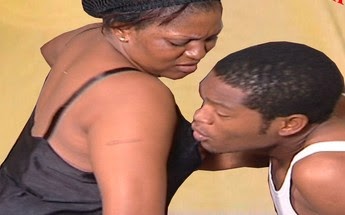 Naija men, pls ensure you stay away from another man’s wife while on your “rough” escapades. The quest by an Assistant Superintendent of Police, ASP, attached to the Ilu-Titun Divisional Headquarters in Okitipupa council area of Ondo State to satisfy his séxual urge while on duty has allegedly cost him his life.
He reportedly died while doing it with a woman allegedly laced with the dreaded magun charm ‘thunder bolt’. It was gathered that officer, after reporting for duty on the ill-fated day, inspected the officers on duty and left for the house of his “special woman”.

The residence of the woman is said to be a walking distance to the police station.

The relationship between the lovers had been on for a long time. It was learnt that the police officer, who had no premonition that death was lurking around the corner, walked into the embrace of his lover only for him to start somersaulting mid way into their séxual act…

According to Vanguard, around midnight, the woman raised the alarm, but nobody answered her call for help, hence she rushed to the police station to report what has happened to the ASP (name withheld).

The police officer was rushed to hospital, but died on the way. Sources said some whitish substances foamed from his mouth. The woman involved, according to police sources, has been arrested and detained.

The image maker of Ondo State Police Command, Wole Ogodo, said he was not aware of the incident.

But a police source in Okitipupa confirmed the incident, saying it was being discussed in hushed voices within the police command in the state.