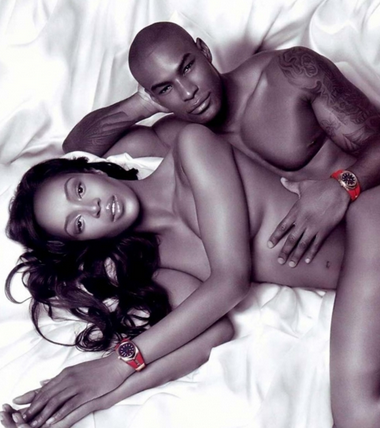 Yes, it is midweek and the average worker is gradually preparing for weekend, which commences on Friday evening. Weekends are those glorious times of the week when we take care of those things we have pushed off — including, ahem, séx — during the week because of the pressure of work and also because of the need to wake up early and sleep late.

Now that the weekend stares each of us in the face, it’s also necessary to have a rough idea of what we will do in order to stay focused, healthy and totally revved up to meet the demands of the new week.

One physical activity that can help in this regard, researchers say, is getting down to the real ‘business,’ not necessarily to make babies, but really to unwind and let your partner feel your presence the right way all over.

Many long-married couples seem to miss out on the benefits of sex, which they, more often than not, push to the back of family agenda, especially when they are no longer trying for babies. Yet, scientists insist that séx has so many advantages that affect our health psychologically, mentally, physiologically… name it, and there you are. This part of our social life is so necessary to our overall wellbeing that researchers counsel us to indulge in it for up to three times in a week.

Scientists caution, though, that too much séx can also be detrimental to health. They warn that having séx more than thrice a week can weaken the immune system and make us susceptible to infections.

Again, researchers warn that only those in healthy, loving monogamous relationships could hope to reap all the health benefits of séx. They say having risky séx with lots of partners will definitely do more harm than good.

Now, what are the advantages derivable from this physical gratification? Here…

Boosts circulation, brain power
Scientists at the Royal Australasian College of Physicians note that more blood moves through the blood vessels when you have séx, expressly cutting your risk of heart attack or stroke as a result. The researchers enthuse that sex releases certain feel-good hormones such as dehydroepiandrosterone and oxytocin, both of which play a huge role in pair bonding. In fact, because of its importance in love-making, oxytocin is variously referred to as the “love hormone,” or “cuddle hormone” because it is released when people snuggle up or bond socially.

Cuts blood pressure and stress
For some of us, the time of stress is also the period we refrain from séx. Yet, a study by some scholars at the School of Sciences, University of Paisley, Scotland, reveals that séx not only lowers blood pressure, it also reduces stress.

The scientists argue that séx can improve mood and combat anxiety by reducing stress signals in the brain. They counsel that when you have séx, it lowers the levels of cortisol — the hormone that indicates high stress levels.

Relieves pain
A séxuality researcher at Rutgers University, Professor Emeritus Beverly Whipple, assures that good coition can relieve physical pain. The magic hormone, again, is oxytocin, which she describes as a natural chemical in the body that surges before and during climax. Again, she says, “the endorphins released during climax block pain signals from reaching the nervous system and thus are critical to maintaining optimum health.”

Goodbye to colds!
A bout of colds can make you miserable for days. Not to worry though, researchers at Wilkes University in Pennsylvania, United States of America, found that “having séx once or twice a week increased the production of the immune-boosting antibody — immunoglobulin — by a third. Again, German scientists say copulation increases the white blood cells. The white blood cells are the cells of the immune system that are involved in defending the body against infectious diseases and foreign materials.

Heart attack? No more!
In 2002, British scientists carried out a study of large population of men, and concluded that frequent séxual intercourse can “shield you from fatal coronary events.”

Researchers say men who have regular séx are about “45 per cent less likely to develop life-threatening heart conditions than men who have séx once a month or less.”

Another research by scientists at the New England Research Institute in Massachusetts and published in the American Journal of Cardiology, shows that “men who made love at least twice a week were much less likely to have heart disease than those whose séxual encounters were limited to once a month or less.”

So, in addition to healthy eating, rev up your health with this other therapy and you are good to go!

Banish prostate cancer
Experts at the America-based National Cancer Institute counsel that men who successfully conclude a séxual activity at least five times a week were much less likely to get prostate cancer.

A reproductive endocrinologist, Prof. Oladapo Ashiru, says prostate cancer is the single most common cancer in men; while urologists warn that it’s also the second deadliest cancer, next only to lung cancer. Yet, experts say a simple act of regular séxual intercourse can serve as a preventive measure.

According to a study in the Journal of the American Medical Association, men who have séx at least thrice a week reduce by 15 per cent their prostate cancer risk.

Takes care of headaches
It’s not all about men, as women also stand to benefit from this benevolent act. Researchers enthuse that the endorphins and corticosteroids released during séx have analgesic effects on the body, relieving the pain of headaches, arthritis, cramps and body aches.

“Endorphins are a natural painkiller,” the researchers say; while “the production of oestrogen (which is also released during séx) in women may also ward off period pain.”

Improves sleep
Those who find it difficult to sleep may also try this therapy, as experts say séx induces sleep as a result of the oxytocin that is released during the act. Of course, when you are able to obtain a restful sleep, your mental and physical health will improve.

No more incontinence
Incontinence is the inability to control urination. And although urinary incontinence affects both men and women, physicians say women are twice as likely as men to develop incontinence.

But then, you can guard against this embarrassing phenomenon by having séx. Scientists say this is achievable because the muscles that regulate the bladder receive a “workout” whenever you have séx, as the entire pelvic floor muscles contract while the exercise lasts.

Again, experts advise post-menopausal women to guard against vaginal atrophy by having regular séx. It will prevent likely complications and urinary tract infections, we are told.

Cristiano Ronaldo’s mother claims she tried to 'abort' the footballer

Funke Akindele looking like A Real Chick as she Rocks Denim