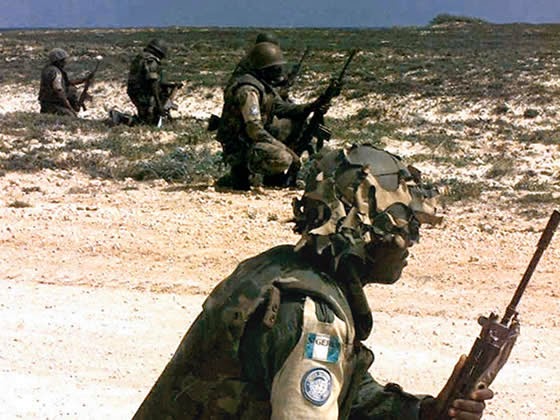 No fewer than 150 suspected members of the outlawed Boko Haram sect were killed by soldiers on Friday during a confrontation in Konduga, about 35 kilometres from Maiduguri, Borno State capital.

It was learnt that hundreds of terrorists stormed Konduga in the early hours of Friday in a convoy of jeeps and motorcycles, but were adequately resisted and contained by the re-energized soldiers.

A member of the local vigilance group, Kolobe Abdullahi, told journalists that the residents could not sleep on Thursday night when they got the hint that insurgents intended to attack the town.

Abdullahi said, “People saw them when they were coming and they were seriously dealt with. As I am telling you, more than 100 of the Boko Haram members were killed and several others were injured.

“We destroyed all their utility vehicles, some cars and motorcycles. We also seized some arms and vehicles.”

A military source within the 7 Division of the Nigerian Army, Maiduguri also confirmed on the phone that the Boko Haram members “were dealt with.”

The military authorities confirmed the killing, adding that three Hilux vans and one other Buffalo vehicle with mounted anti-aircraft guns, three general purpose machine guns and over 30 AK 47 rifles were recovered from the terrorists.

A statement issued in Abuja by Col. T. Antigha of the Army Public Relations said four soldiers were injured in the three-hour battle. The Army said photographs taken at the scene of battle would be circulated as soon as they are available.

The statement read, “At about 5.30 am today (Friday), Boko Haram terrorists launched a massive attack on Konduga town, about 35 kilometres from Maiduguri. After about three hours of fierce fighting, Nigerian troops routed the Boko Haram fighting force of over a hundred terrorists.

“Further to the staggering loss of men, Boko Haram also suffered extensive losses in equipment. Four Nigerian soldiers were wounded in action. The entire area is still being combed for terrorists who may have escaped with bullet wounds. Morale of troops remains very high.”

Video: ‘My role with Jim Iyke is not a S3x tape’ – Nikki Samonas

OMG! Afrocandy Attack Maheeda, Calls Her A B**TCH That Stole Her Song