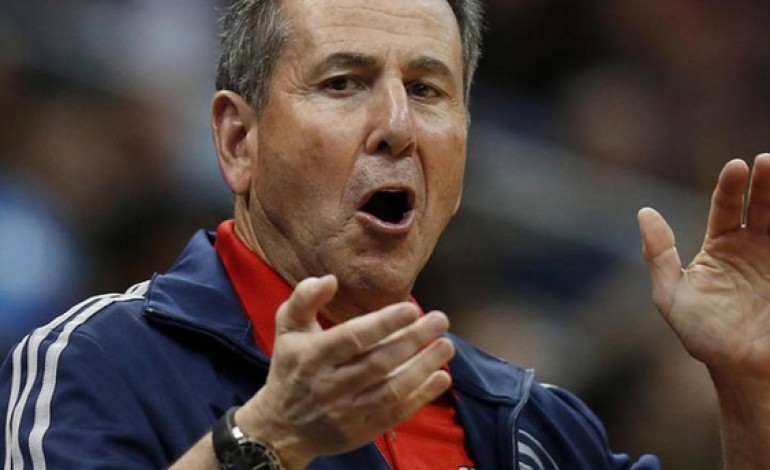 Barely weeks after Donald Sterling was forced to sell his team because of racist comments, another NBA team owner will be walking down the same plank.

The team in question is the Atlanta Hawks, and owner Bruce Levenson is selling the team.

Levenson apologized for the August 2012 email, which was sent to Hawks general manager Danny Ferry and stereotyped the differences between black and white fans in Atlanta.

In the email, Levenson complains that too much of the Hawks’ fan base at games is made up of black fans, keeping white fans from attending games.

“My theory is that the black crowd scared away the whites and there are simply not enough affluent black fans to build a signficant [sic] season ticket base,” Levenson wrote in the email. “Please don’t get me wrong. There was nothing threatening going on in the arean [sic] back then. I never felt uncomfortable, but I think southern whites simply were not comfortable being in an arena or at a bar where they were in the minority. On fan sites i would read comments about how dangerous it is around [Philips Arena] yet in our 9 years, I don’t know of a mugging or even a pick pocket incident. This was just racist garbage. When I hear some people saying the arena is in the wrong place I think it is code for there are too many blacks at the games.”

Levenson also complained the team had too many black cheerleaders.

“I have told them I want some white cheerleaders and while I don’t care what the color of the artist is, i want the music to be music familiar to a 40 year old white guy if that’s our season tixs [sic] demo,” Levenson wrote in the email. “I have also balked when every fan picked out of crowd to shoot shots in some timeout contest is black. I have even bitched that the kiss cam is too black.”

Levenson apologized for his comments in his statement on Sunday.

“Over the past several years, I’ve spent a lot of time grappling with low attendance at our games and the need for the Hawks to attract more season ticket holders and corporate sponsors,” Levenson said in the statement. “Over that time, I’ve talked with team executives about the need for the Hawks to build a more diverse fan base that includes more suburban whites, and I shared my thoughts on why our efforts to bridge Atlanta’s racial sports divide seemed to be failing.

“In trying to address those issues, I wrote an email two years ago that was inappropriate and offensive. I trivialized our fans by making clichéd assumptions about their interests (i.e. hip hop vs. country, white vs. black cheerleaders, etc.) and by stereotyping their perceptions of one another (i.e. that white fans might be afraid of our black fans). By focusing on race, I also sent the unintentional and hurtful message that our white fans are more valuable than our black fans.

“If you’re angry about what I wrote, you should be. I’m angry at myself, too. It was inflammatory nonsense. We all may have subtle biases and preconceptions when it comes to race, but my role as a leader is to challenge them, not to validate or accommodate those who might hold them.”

Silver said Levenson notified the NBA of the email in July, and the league followed with its own investigation. Nevertheless, a high-ranking league official with direct knowledge of the probe disputed that Levenson simply self-reported the email to the NBA. NBA spokesman Mike Bass denited that claim, telling Yahoo: “Any claim that Mr. Levenson did not self-report his email is categorically false.”

“Prior to the completion of the investigation, Mr. Levenson notified me [Saturday] evening that he had decided to sell his controlling interest in the Atlanta Hawks,” Silver said. “As Mr. Levenson acknowledged, the views he expressed are entirely unacceptable and are in stark contrast to the core principles of the National Basketball Association.”

Hawks CEO Steve Koonin will oversee team operations while the franchise works through the sale process.

Alabama mom almost severs daughter's had with machete in attack over money: cops

Julius Malema: The DA is running a negative campaign