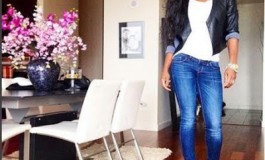 In Youtube videos he shared over the weekend, Super Eagles Coach, Sunday Oliseh blasted his critics, calling them insane. He said the most painful criticisms he is getting are from his ex colleagues who are known for sitting on the bench and criticizing the main actors in football. He also alleged that some people are calling him up to strike a deal with them so that their local players can feature on the National team. He said;
“I am addressing this insanity that has befallen some of our critics and I call it insanity because you must be insane to start seeking a plebiscite o the future of the National Teams coach of Nigeria because we lost CHAN. With all due respect, CHAN is the least important tournament organised by CAF, and it is a tournament which weighs on the strength of the various leagues and you can see how far DR Congo and TP Mazembe have done. What then should be done to the coaches of Ghana, South Africa and Egypt, who did not qualify for this tournament? I understand that we lost this but this constant insanity each time the Super Eagles lose, some usual critics go on air and start seeking the plebiscite as regarding the future of the Chief coach of the Super Eagles. This is madness! They did the same thing when we lost our first game to DR Congo, which was a friendly game. They were asking questions if this was the right person to lead the Super Eagles. We lost to Guinea, and this comes after a 10-game non loosing streak of the Super Eagles. Yes I am captain unbeaten run, and now they start this hulabalo over the future of the coach of the Super Eagles. A contract is made out. I signed a contract with the NFF. If you are not happy about it, Okay1…we come out and shake hands. But I will like to remind you that this is the 14th game I have been in charge as coach of the Super Eagles and we have lost only two and only one official game. We are still on track to qualify for the Nations cup. We have qualified into the full stage for the World cup. So where is this failure that some of our critics are trying to sell to Nigerians. Where is it coming from? Unless you mean that for Coach Sunday Oliseh and his crew to be successful, they must win every match. JESUS CHRIST!”he said

‘All Women Are Prostitutes’ – Nigerian Actress Bares Her Mind

Passa-Passa night on Dutty Wednesdays at the Nitro...

Graphic: Teenage girl left disfigured after 'jealous rivals mutilate her for being too pretty'