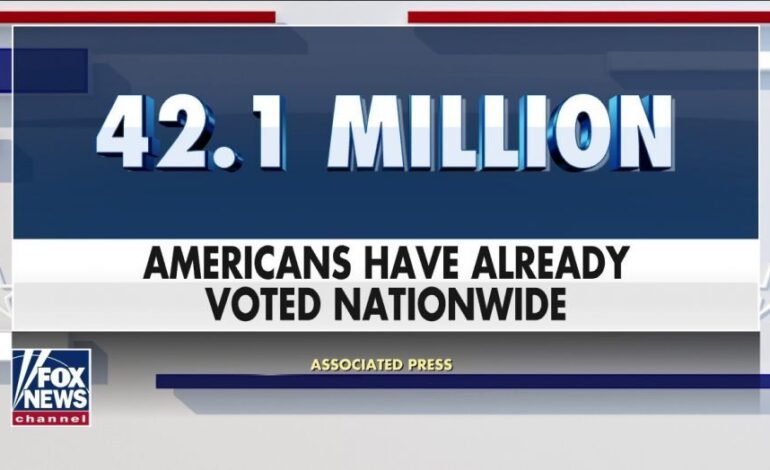 Voters across US shatter early-voting records

The court gave no explanation for the decision, which The New York Times reported is typical of an emergency application.

Alabama Secretary of State John Merrill, a Republican, was challenged after he decided to ban curbside voting over security concerns, even in the case of disabled voters or those more vulnerable to the coronavirus.

“If those vulnerable voters wish to vote in person,” Justice Sonia Sotomayor wrote in the dissenting opinion, according to The Times, “they must wait inside, for as long as it takes, in a crowd of fellow voters whom Alabama does not require to wear face coverings.”

Sotomayor quoted a Black plaintiff in his 70s with asthma and Parkinson’s who said while he was willing to die for the right to vote as some of his ancestors had, “I think we’re past that — we’re past that time,” The Times reported.

Judge Abdul K. Kallon of the Federal District Court in Birmingham last month ruled in favor of voters represented by the NAACP Legal Defense and Educational Fund who challenged the state’s decision as unconstitutional.

“The plaintiffs have shown that the curbside voting ban imposes a significant burden on vulnerable voters during the Covid-19 pandemic,” he wrote at the time.

After the 11th Circuit Court of Appeals upheld Kallon’s ruling, the state appealed to the Supreme Court, according to The Times.