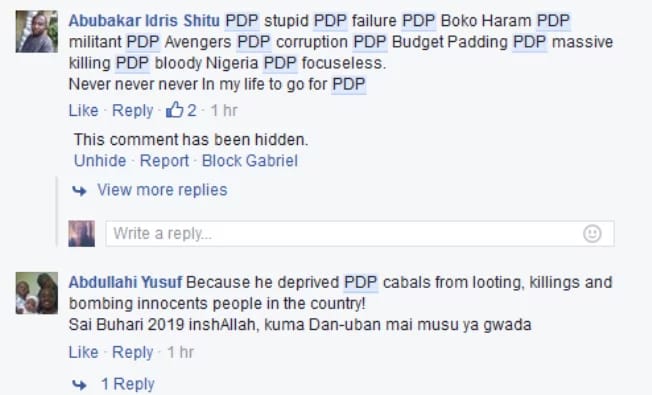 The National Bureau of Statistics released figures on Wednesday, August 31, confirming that Nigeria had slipped into recession.

“We join all well-meaning Nigerians to call on Mr. Buhari to resign if he is unable to reverse the disastrous economic decline he has brought on Nigerians,” the party said.

Some Nigerians described the statement as a stupid and reckless statement. Others wondered which facti0on of the PDP was calling for the resignation of the president, whether it’s the one led by Ahmed Makarfi or the Ali Modu Sheriff faction.

@premiumtimesng @philipobin The most stupid and reckless statement from the worst party to have ever governed Nigeria.

@vanguardngrnews @MBuhari @NGRPresident @PdpNigeria the more PDP talks, the more they make people hate them. They should just shut up. 😠😬

PDP that cannot get Sheriff to resign wants President Buhari to resign. Interesting.

They’re very insensitive & tippled. What happened when they had opportunities to weather this storm? @premiumtimesng @apcnigeria 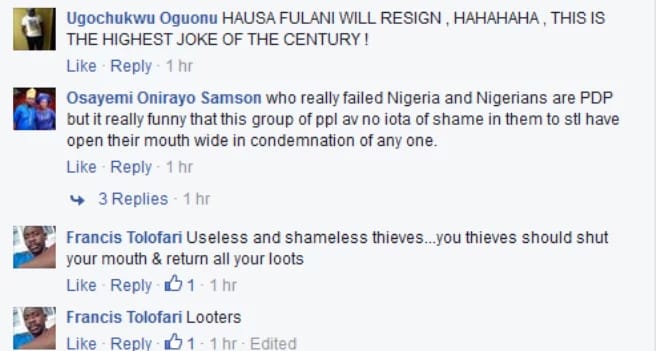 However, some Nigerians are not happy to hear that the economy has finally fallen into recession and are taking out their anger on Buhari.

@AJEnglish this is too much to take! BUHARI RESIGN OR GET IMPEACHED! You can’t rule Nigeria with your old dead brain

@PremiumTimesng I agree PDP on Buhari’s resignation but before he did, We demand he should hang all PDP members for causing us calamity.

@PremiumTimesng Buhari should resign with out wasting time

CofE bishop reveals he is in gay relationship

Folorunso Alakija opens Up to Hello! Mag about Being the Richest Black Woman

UK inflation rises to 0.3% in January

Learn From This: Chest And Bosom Problems