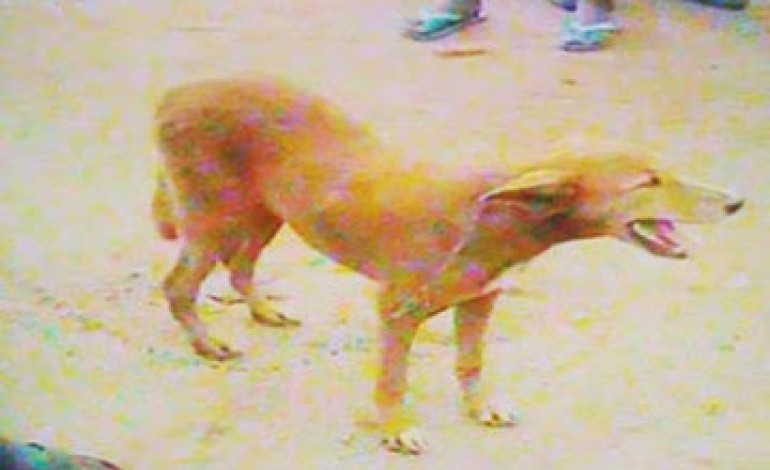 The Edo State Police Command has arrested a 19-year-old boy in Iguosa community, Ovia North East Local Government Area, for allegedly having se.x with a dog.

The young man, identified simply as Osagiator, was said to have taken the dog to an uncompleted building where he had s.ex with it.‎
A resident in the community, George Ogbonmwan, while narrating how the teenager was caught, said he had saw the suspect with the dog and had thought that he wanted to steal it.
He added that he decided to call the attention of the owner, Garuba Samari.‎

“When I saw the way the young man carried the dog like a baby, I decided to tell the owner. We went to the uncompleted building and caught the boy sleeping with the dog,” ‎
However, the suspect, who claimed that he resided in Uselu in Benin, said he was a regular visitor to Iguosa community, where he sought menial jobs.He explained that he did not know what came over him.
He said,
“I was walking along the street. I saw a dog following me and I carried it like a baby. I just went into the uncompleted building where I did what I did to it. I don’t know what came over me.”
Samari,the owner of the dog quickly disowned his pet..‎
“The dog has to follow him. I have nothing to do with the dog again,” ‎
The Odionwere of the community, Pa Clifford Igiehon, and the scribe, Festus Obadiaru, said,
“It is an abomination against the community. The young man came from Uselu community in Benin City. I don’t know why he decided to commit the act here in the community. We don’t want to see him here again.”

The boy in question is currently under investigation..