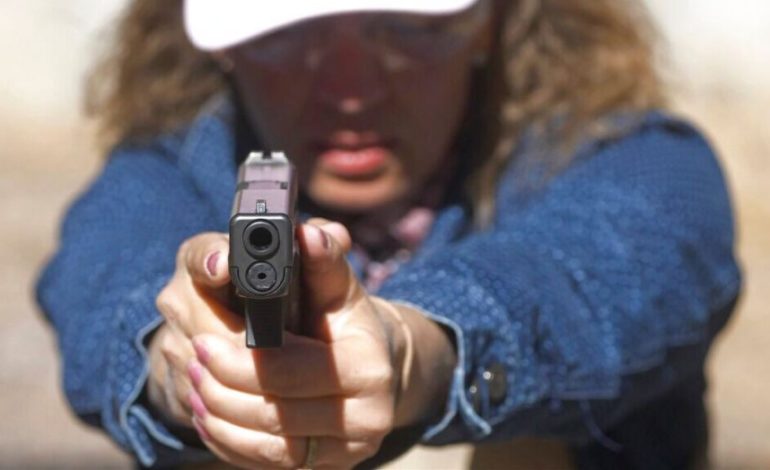 At least 30 Utah teachers banded together for a series of training sessions in which police instructed them on using guns in response to an active-shooter situation.

The training, held in a warehouse that looks like a school but also functions as a shooting range, showed teachers how to disarm a gunman, where to shoot on the body and how to properly aim and unload a firearm. Officers leading the training also went over de-escalation techniques, self-defense and medical responses such as how to pack a wound and tie a tourniquet on a child.

Utah law allows licensed gun owners to bring their concealed weapons in public schools, and is one of several states in the country, including Florida and Texas, to do so.

"If teachers are going to be bringing firearms into schools, let's make sure they know how to handle them safely," Utah County Sheriff Mike Smith said.

About half the teachers brought their own handguns to the shooting range and many who attended the sessions — which have become increasingly popular and now has a waitlist to attend — felt reassured by the training.

"I know how to protect myself and my students now; I know what to expect if the worst happens," Nancy Miramontes, a school psychologist, told The Associated Press.

At least 39 states require lockdown, active-shooter or similar safety drills, according to the Education Commission of the States. Other states have less explicit requirements or leave it to districts to decide. Utah requires its elementary schools to conduct at least one safety drill each month, and its secondary schools to have detailed emergency response plans.

Despite the increasing popularity of such programs, some school safety experts disagree with a plan that involves arming teachers.

"Are police tasking teachers to perform a law enforcement responsibility by arming them to protect others? We have to be cautious of what we ask people to do in these traumatic, stressful situations," said Ken Trump, a school safety expert with the National School Safety and Security Services consulting firm.

The Associated Press contributed to this report.

Illustration of a "Dumb" talk...

LOL! "Don't hate! Use your v*gina too to get what you want" Huddah tells 'haters'

Can you spot the dog in this photo?